“This was my first experience with online school, and I became a huge fan because of it.” 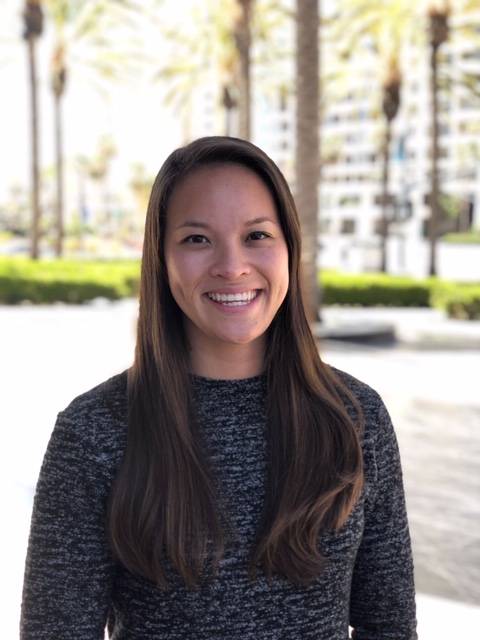 Before graduating high school, competitive cheerleader Heather Bui felt the same sense of unfamiliarity about joining the military that she would later have about online learning. But in both cases, her decision to jump in headfirst would lead to more benefits than she could have imagined.

Heather didn’t know much about the different branches when she was introduced to the service academies in her junior year. What she was certain of was that she wanted to be part of something greater while furthering her education. After doing her research, she chose to apply to the Naval Academy—and ultimately joined the U.S. Navy’s community of surface warfare officers (SWOs) overseas. Her first sea tour led her across the Pacific Ocean to Japan on board the USS Fitzgerald.

When SWOs report to a ship, they are immediately assigned a division and thrust into a leadership position that can involve overseeing 30–40 people. Along with her role in safely navigating the ship in and out of port as an officer of the deck, Heather was responsible for training and leading her division of enlisted sailors to operate and manage the ship’s engineering equipment. Her attention to detail, ability to coordinate large-scale operations, and dedication to working with others to achieve a mission made her a natural candidate for Washington State University’s Online MBA program.

She approached her decision to pursue an online degree with the same level of self-motivation and resourcefulness that she has exhibited throughout her life.

“That was me choosing to make a decision for myself,” she said.

Checking All the Boxes

When Heather decided to attend graduate school, her top requirement was a practical degree she could earn remotely while on her second sea tour as navigator of the USS Zumwalt. Several of the universities she researched didn’t offer an online option—or the willingness to accommodate the unpredictable scheduling that goes hand in hand with active military service.

All this led her to find a solution in Washington State University and the Carson College of Business. Heather discovered that WSU offered military-affiliated MBA students reduced tuition, which made the choice to enroll that much clearer.

“The fact that there was a military discount was really nice,” she noted. “That was something I factored into what I could budget. I am using tuition assistance, but I’m paying the difference out of pocket, so finding a reputable and affordable program was important to me.”

Heather soon realized that WSU offered the perfect combination of what she was looking for in a graduate education.

“Washington State is the most flexible program with a great reputation.”

While she already knew how to effectively manage a team, she hadn’t been given the opportunity to learn about the different strategies, theories, and concepts used in business and how they’re applied in nonmilitary settings.

“I’ve never been exposed to those types of things in that way, and I’ve learned a lot from connecting with my classmates and instructors about different personnel and management issues that they experience in the corporate world,” she explained. “It has been useful for me to apply what I’ve done in the Navy to something outside of the Navy.”

Earning an Advanced Degree at Sea

Heather’s sea-based itinerary presented a few obstacles. She didn’t have access to reliable internet when the ship was underway, and the long days spent managing her crew meant she had to complete many of her assignments at odd hours. Fortunately, her WSU professors were flexible in coming up with solutions so Heather could stay on track with her coursework.

“I had one class in which the professor, because I told her in advance that I would have no internet connectivity for two weeks, allowed me to take all of my exams and finish my coursework in advance. That was incredibly helpful so that I didn’t fall behind in the program.”

“Other professors have administered exams to me over email. They’d communicate with me via my ship email account whenever I couldn’t access my Gmail or Outlook, which relieved a lot of stress while trying to complete coursework underway,” she explained. “For one of my classes, I was able to rearrange all my deadlines so it would be in accordance with any time I pulled into a port for a day and could access Wi-Fi somewhere.”

Heather is no stranger to working through difficult circumstances. In 2017, the guided-missile destroyer she was stationed on collided with another vessel off the coast of Japan. Her quick thinking led her and the crew on board to take brave actions that saved the ship. Heather’s ability to push through the toughest of situations is something she’s translated to every aspect of her life. Even though completing online learning while at sea sometimes seemed daunting, she realized it offered far greater rewards. 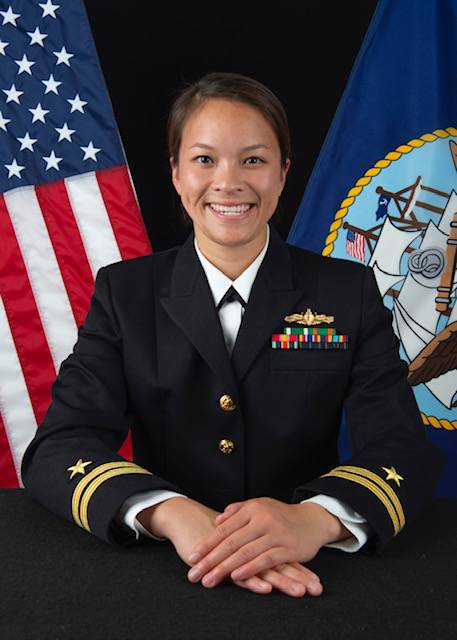 A New Professional Network on Standby

Heather values the networking opportunities that being an Online MBA student has afforded her and feels confident knowing she has a new network of colleagues she can leverage during the rest of her military career and long after.

“I’ve gotten a feel for people who’ve been in business all their lives, people who work in different industries, and other transitioning military members,” she said. “It’s great to know that if I want to reach out to people in the future through the Washington State network, I have that opportunity.”

It certainly seems Heather’s career path will only continue to trend upward. Since ending her tour as navigator in March 2020, she is now serving as the officer in the charge of the Zumwalt Training Facility in San Diego.

Heather wouldn’t hesitate to recommend WSU’s MBA offerings to any other active-duty service member who may be considering a graduate degree and needs a flexible program.

“It’s a great education and a reasonable price. The accommodation to the student, in my experience, has been top-notch.”