The Roles and Responsibilities of the Federal Reserve 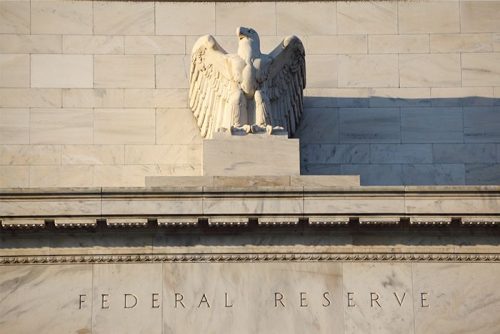 In 1913, Congress established the Federal Reserve Bank, or Fed, in response to bank failures that resulted in sharp decreases in credit availability. And during the Great Depression, the Banking Act of 1935 enabled the Fed to initiate policies designed to stabilize the availability of money and credit. This work continues today.

Today, the Fed is an integral part of the U.S. economic system. Because of its importance, students pursuing an online MBA need to understand the role of the Federal Reserve and how it affects business loans, interest rates, and the economy in general.

How the Fed Helps the Economy

“The most important tool the Fed has to conduct monetary policy is the buying and selling of U.S. government securities, which is often referred to as open market operations,” according to Voice of America. “A Federal Open Market Committee administers the sale and purchase of U.S. government securities on the open market to influence short-term interest rates and growth of money and credit.”

The sale and repurchase of these government securities, in the form of notes and bonds, are safe investments sold to institutional investors via auctions. When these bonds reach maturity (meaning the note or bond has accumulated all of the interest payments it’s designed to accumulate), the government will repurchase them from the investor.

According to Investopedia.com, investors who sell their note or bond back to the government may then deposit the proceeds into their bank accounts. Their deposit thus increases the amount of money that their bank can lend out and invest in businesses.

The Fed can influence monetary policy in other ways as well. In addition to selling securities, it can also adjust the discount rate — the interest rate it charges financial institutions for short-term loans. In other words, banks obtain the “discount” when they borrow from the Federal Reserve’s central bank.

The Fed also has the authority to change the reserve requirement. A bank’s reserve requirement is the heart of our fractional reserve banking system, which means that a bank only has to keep a small fraction of its customers’ deposits on hand. The rest of the money is made available to lend to other people for home, auto, business, or personal loans. The process creates money and puts it into play in the economy.

Adjusting this reserve affects the amount of money a bank can use. When the Fed changes the reserve requirement, banks will either be able to lend more money (expanding the amount of money in the economy) or less (reducing liquidity and slowing economic activity), according to economist Kimberly Amadeo on TheBalance.com.

Businesses depend on bank loans and investments to weather dry spells, expand operations, and market to new demographics, so the Federal Reserve’s activities affect an organization’s monetary decisions. Managers who understand the workings of the Federal Reserve can offer valuable insight and advice on their companies’ business deliberations. Graduates of an online MBA program pursuing these leadership positions can gain the necessary knowledge of the Fed’s operations to influence their company’s financial decisions and operations.

The Composition of the Fed

The moves and countermoves initiated by the Federal Reserve set into motion a fluid series of events aimed at either correcting hyperactive economic conditions that could end in a crash or expanding economic activity to stimulate an inactive economy.

“The Fed has a number of tools that allow it to fulfill its dual mandate, though the one you hear about most frequently is the FOMC [Federal Open Market Committee] meeting, where voting members gather to determine the target for a key interest rate, called the federal funds rate,” business journalist Jill Schlesinger writes in the Chicago Tribune.

The federal funds rate “is the interest rate that financial institutions charge each other for loans in the overnight borrowing market, which in turn becomes the rate on which many consumer loans and savings rates are determined,” Schlesinger said. “For investors, those interest rates can have a big impact on every asset class, depending on the speed and magnitude of the rate movements, in either direction.”

The FOMC is just one part of the Federal Reserve, which also includes a Board of Governors and 12 reserve banks. The Fed’s structure includes:

The Federal Reserve’s federal funds rate is key for interest rates for business loans, which come into play heavily when a business acquires new assets. Businesses tend to have a lot of assets, and part of a business manager’s duty is to acquire, use, and maintain them. For this reason alone, MBA students will benefit greatly from a working knowledge of how the Fed operates.

Washington State University’s Carson College of Business offers one of the top-ranked MBA programs in the nation. WSU delivers online MBA courses designed to equip students with the tactics, knowledge, skills, and strategies utilized by today’s most high-profile business leaders.

How the Political Climate Will Impact Business in 2017

What Does It Mean to Make Recommendations Based on Theory?