While studying for an online Master of Business Administration degree, you may find yourself yearning for a good book or two to supplement your education to get an outside perspective. Classics like How to Win Friends and Influence People and The 7 Habits of Highly Successful People are certainly timeless, but they miss out on crucial details applicable to the current economic environment. Such trends include the rise of the tech industry and interplay between entrepreneurship and psychology.

As such, you should supplement your classic business wisdom with some modern, cutting-edge advice and research. Here are five great books from the past decade that may help you as an online MBA student and future business leader:

The story of how a small online bookseller grew into an e-commerce leader – one with customers like Netflix and NASA – can serve as encouragement, entertainment or both as you work toward your MBA degree. Amazon didn’t become a juggernaut overnight – the company started in 1995 and faced incredible competition throughout its existence. Against the odds, it appears to have beaten most of them.

The Everything Store: Jeff Bezos and the Age of Amazon chronicles this surprising journey and shines light on the company’s customer-first philosophy, which is still applicable in today’s business environment. Amazon’s affiliate program, one-click ordering and willingness to sacrifice profit for customer satisfaction worked to ensure shoppers visited the site again and again. Consider many of the decisions illustrated in the book, which include:

• Purchasing all of the available Pokemon toys on ToysRUs.com to make certain Amazon had enough for its customer base during the holidays.

• Providing discounts and express delivery on highly anticipated releases, such as, the Harry Potter series.

To the outside observer, each of these actions seemed like missteps at the time. Yet as Bezos understood, providing shoppers with quick satisfaction in the short-term leads to dedicated, life-long customers. Throughout your studies, you’ll evaluate the pros and cons of taking similar risky decisions with your business.

Are the best business decisions based on rational thought? The answer to that question is complicated, as Daniel Kahneman’s Thinking, Fast and Slow asserts. Though Kahneman is a psychologist, his book reveals stunning insights into the world of business and economics which can help you evaluate your decisions as an online MBA student, graduate and future manager or executive. He categorizes the way humans make judgments into two systems and, instead of asserting the merits of one over the other, reveals they both have their strengths when it comes to decision-making. System 1, the fast one, comes to conclusions based on intuition, past experiences and gut feelings. It is irrational, chaotic and just as likely to steer you wrong as it is right; System 2 is slow, rational and evidence-driven.

Understanding these ideas is essential for making stronger business decisions. Kahneman doesn’t argue that people should strive to only use System 2 and ignore System 1. On the contrary, Thinking, Fast and Slow attempts to remind people of the value of System 1. Yes, thinking quickly sometimes leads to incorrect decisions, Kahneman said, but it’s a vital part of man’s ability to function and often keeps people on the right path. Human brains don’t have time to carefully labor over every miniscule decision, so System 1 takes over and frees System 2 for more intensive tasks. In fact, Kahneman argued that people considered experts in their fields have a stronger handle on System 1 than others, helping them make stronger, more efficient decisions. 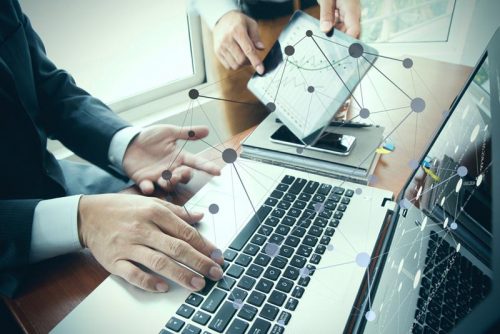 Thinking, Fast and Slow makes the case for two types of decision-making.

Thinking, Fast and Slow serves as a reminder to challenge your assumptions, critically evaluate your decisions and, on occasion, rely on your intuition.

PayPal founder and venture capitalist Peter Thiel is known for his controversies, but his book Zero to One: Notes on Startups, or How to Build the Future has business leaders and book reviewers nodding their heads in agreement with its message.

Based on a series of lectures Thiel led at Stanford in 2012, Zero to One argues that entering a saturated market is too risky for young entrepreneurs. Getting started is expensive, and the nature of competition results in minimized profits once your business gets off the ground. Instead, young entrepreneurs should start a business in an untapped field as Thiel did with PayPal. His thought is, instead of becoming one among many, you should start in a field of zero competition and grow your business into the one major player.

As Thiel explained, this concept is similar to the success stories of tech giants such as Facebook and Google. Thiel also invites you to reevaluate common Silicon Valley ideals, pointing out that marketing and sales are just as important as engineering, and that being an effective salesperson is much harder than it looks.

This latter notion hints at a very important idea you should keep in mind throughout your studies: A business can’t succeed on the strength of just one department. Rather, it’s the combined effort of all that leads to prosperity. Although Zero to One is focused on startups, the ideas presented apply to every area of business. While you may find your post-graduate career in a specific department – finance, marketing, even human resources – it’s important to remember that you are part of the whole, not a single unit working on your own. The book stresses the important of innovation and standing out in your industry. If you’re interested in hospitality management, for example, the book reminds you to experiment with new services. A resort manager can become an industry thought leader by adding a certain accommodation no other hotel provides.

The Carson College helps reinforce this idea with our online MBA curriculum that offers courses across multiple branches of business, showing you how each discipline is integrated with the others.

If you need a reminder that natural-born intelligence and talent aren’t the only paths to success, read through Angela Duckworth’s Grit: The Power of Passion and Perseverance. Duckworth taught seventh-grade math before working at a university, and it was there she realized her most successful young students were the ones who were the most driven, not necessarily the smartest. This discovery fueled her future research, ultimately leading to Grit.

A psychology professor and MacArthur fellow, Duckworth has researched the concept of grit since the 1990s. Within her book, she detailed the stories of some of the world’s grittiest, most successful people, including athletes, journalists, coaches and CEOs. She also identified three essential habits of people with grit:

These traits work in conjunction to lead the person to success. For instance, as a student in the Carson College’s MBA program, it’s understood that you want to study high-level business concepts and strategies (interest), attend classes and complete assignments to learn (practice) and believe a graduate degree will have a positive influence on your life (hope). Your interest, practice and hope become a cycle that pushes you to graduate.

Passion and perseverance get your idea off the ground, but what helps you create that idea in the first place? The answer is creativity, a simple word with complex implications. Creativity can help people in any area of the business world, from the financier looking for new market insights to the marketing director working on an engaging ad campaign.

In his book Originals: How Non-Conformists Move the World, Adam Grant argues the most successful innovators are those who refuse to follow the archetype of a typical business professional – that is, an executive who only thinks about the bottom line. Rather, the best business professionals indulge a variety of cultural and artistic interests that enhance their creativity.

To illustrate his point, Grant’s book cited a study which found scientists who pursued artistic interests were more likely to make stunning achievements and thus be recognized within their fields. To be specific, he noted those who performed as actors, dancers or magicians in their spare time were 22 times more likely to receive a Nobel Prize than their less-artistic counterparts.

Grant’s book forces you to rethink preconceived notions about what activities are and aren’t worthwhile. In addition to the arts, the book discusses the benefits of procrastination and effective risk management, both of which can lead to incredibly successful results.

Reading these five books in addition to your studies at the Carson College can enhance your MBA experience. These books are funny, informative and eye-opening, and they can help you stay abreast of the current business environment.