4 Stories of Business Risks that Paid Off

Graduate students at the Washington State University Carson College of Business may feel they’re taking a risk by pursuing their education. However, such anxiety is no reason not to seek an advanced degree. To help mitigate the risk, the Carson College of Business’s online Master of Business Administration program allows students to study and complete assignments on their own time. Furthermore, the program can be completed in as few as 22–29 months, so students may be able to see returns on their education relatively quickly.

That said, it’s still natural for students to worry about life after their degrees. To help ease these feelings, here are 4 stories of entrepreneurs who took incredible risks and found success:

Entering a new market or building a business on an emerging revenue model is always risky. This point is especially true if that market is dominated by legacy conglomerates that have existed for decades. Yet this bold move is just what the creators of Dollar Shave Club did, and it led to a company sale of $1 billion.

Dollar Shave Club, an online subscription service that supplies men with shaving equipment, first emerged in 2012, when the market was already dominated by existing brands. According to Entrepreneur, Gillette had a fierce hold on most of the razor market at that time—72 percent of it, to be exact. What’s more, the company had sold to Procter & Gamble for $57 billion just 7 years earlier.

This dominance is what Dollar Shave Club was up against, but Michael Dubin, the company’s founder, believed the emerging trend of subscription boxes would help his company not just grow, but also thrive. There are multiple reasons pointing to why his hunch was successful:

• Part of the appeal of these boxes is the fact that they provide a mixture of products rather than just one. In doing so, these boxes market their products collectively as lifestyle pieces, not as single essentials. Dubin took a similar approach by packing his razors with handles, cartridges, and shave butter, as well as other optional grooming pieces – not only did this comprehensive offering make shopping easier for consumers, but it also took away much of the guesswork of finding the right razor and shaving cream.

• Subscription services provide customers the convenience they crave, delivering products and services right to their doors with little or no payment hassle. Accordingly, Dubin believed that customers would prefer to get their complete shaving essentials delivered rather than venturing to the store.

Despite having the deck stacked against it in terms of market share, Dollar Shave Club prevailed. It grew to be the top online razor company by 2016, obtaining 51 percent of the market. In fact, the idea was so successful that Gillette launched its own online shaving subscription service. However, Gillette’s offering doesn’t compare to Durbin’s idea, as Dollar Shave Club is still the online industry leader. 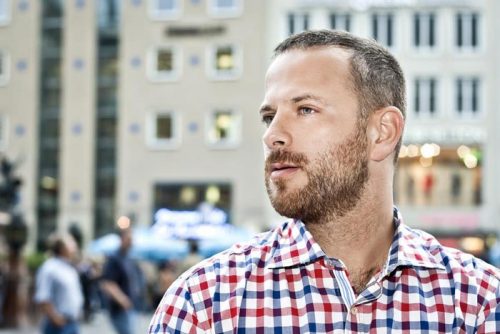 2. Spanx Builds Itself from the Ground

Spanx, the women’s shapewear giant, faced a lot of opposition in the beginning. The company’s founder, Sara Blakely, came up with the product idea after consistently being disappointed by most women’s undergarment options. She believed that pantyhose should be seamless and, if women wanted, capable of smoothing areas of the body they were uncomfortable with.

Blakely decided to take on the risk of solving this problem in the hosiery market. Blakely herself admitted she didn’t know much about business or hosiery, but she was compelled to create a solution to her struggles. At age 27, she set aside her entire savings of $5,000 and began researching hosiery patents at the Georgia Institute of Technology library, viewing fabrics at craft stores, and cold-calling hosiery mills—all while working a 9-to-5 sales job.

In addition to that effort, she also faced hurdles at the next step. When she was ready to patent her idea, Blakely met with 3 separate law firms. Each time she was denied, with one attorney telling her he assumed she was sent to the firm by Candid Camera based on her pitch. What’s more, they all wanted between $3,000 and $5,000—all that was in Blakely’s savings—to patent her idea.

This didn’t stop Blakely. Instead of emptying her savings account, Blakely used a textbook she found at Barnes & Noble to write her patent herself, according to a profile in Forbes Magazine.

The story of Spanx’s creation is riddled with risk—from Blakely’s decision to forgo lawyers in the beginning to the entire concept of starting a company before knowing the industry. What’s more, most people doubted her idea, including her friends and family. Per a profile in New York Magazine, people asked her questions like, “If [selling shapewear is] such a good idea, why hasn’t somebody else done it?” Others feared Blakely would spend all her savings on the idea only to be beaten out by larger corporations.

These risks weren’t just the ramblings of worried naysayers; they were real. Blakely became doubtful after hearing them, but after sinking so much time and money into the idea, she was determined not to abandon it.

Ultimately, her perseverance paid off. An in-person showing led to a lucrative sale at Neiman Marcus, and interest from Oprah Winfrey brought Spanx to the nation’s largest audience. In 2012, just 12 years after launching her first product, Forbes Magazine named Blakely the world’s youngest self-made female billionaire.

Natural and organic food is quickly becoming today’s norm, but it was practically unheard of back in the 1970s and 80s. At the time, the U.S. had less than 6 natural food stores across its 50 states -that all quickly changed with Whole Foods Market.

Whole Foods took a risk by believing there was a market for a large natural food store. The supermarket opened in a 10,500-square foot building with 19 employees, making it larger than most health food stores at the time. Business went well, but unfortunately, the store was destroyed during a devastating flood on Memorial Day 1981. The waters ruined inventory and equipment, and the company had no insurance to cover the damage. So, it was forced to rely on assistance from staff, neighbors, and customers for cleaning and repairs. Investors, vendors, and creditors also helped, and the store re-opened less than a month later. The risk of believing in the company’s mission and market value paid off in this display of loyalty, which allowed the company to get back on its feet.

Whole Foods certainly got off to a rocky start, which is part of what made its success so noteworthy. What’s most interesting, however, is how the grocery store revolutionized the concept of food in the U.S. Before Whole Foods began expanding, most health food stores were incredibly expensive, and located in only a few metropolitan hubs. However, as Whole Foods acquired other grocery stores, taking risks in places like North Carolina, Rhode Island, and the Detroit area, it was able to rapidly expand and bring natural foods to even more areas. This increased availability of natural food led consumers to become more concerned about the food they ate, and Whole Foods was able to become the industry-leading name for healthy food. 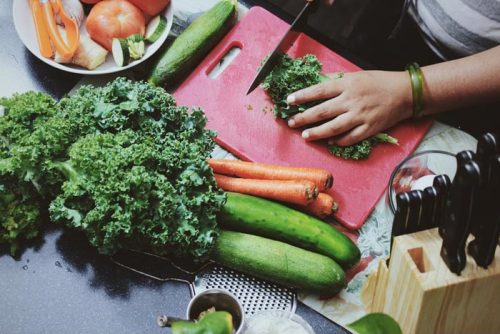 Fashion is a large, multinational industry, but it’s not well-known for charitable giving. That idea changed, however, with TOMS.

Founder Blake Mycoskie first came up with the idea for TOMS after viewing the struggles of barefoot children in Argentina. He decided to develop a completely new business model, selling shoes based on the style of alpargatas—Argentinean footwear made of canvas—in North American markets. For every shoe TOMS sold, a second pair would be donated to a child in a developing nation. Thus, Mycoskie launched what became known as the “1-for-1” business model, where 1 sale of a product results in 1 donation.

Many anticipated the idea wouldn’t work, believing each donation would be too costly and compromise revenue. Additionally, in 2012, Fast Company claimed TOMS’s model wouldn’t succeed because the “feel-good value” each purchase brought consumers wasn’t predictable enough to build a sustainable business. Yet the company is still going strong today, and although Mycoskie recently stepped down from his position, his work is still recognized by publications like Forbes Magazine and The Huffington Post.

In addition to the company’s individual success, TOMS’s risky new model helped usher in an era of conscious consumerism in fashion. Now, many similar companies are branding themselves based on their charitable work and ethical supply chains, not just by adhering to the latest trends.

Understanding Risks as an MBA Student

The Carson College of Business’s online MBA curriculum is full of courses that can help students mitigate risks and make strategic business decisions in their future careers. While some may worry that investing in an MBA isn’t a good idea, doing so can be more helpful than anticipated. A graduate business degree can help students better prepare for the job duties of a high-level management career, providing them education and insight they may not be able to achieve outside of an educational setting , and giving them the tools they need to turn business risks into success.

Recommended Readings:
How to Become a Manager in 3 Easy Steps
MBA or Executive MBA: Which One to Choose?