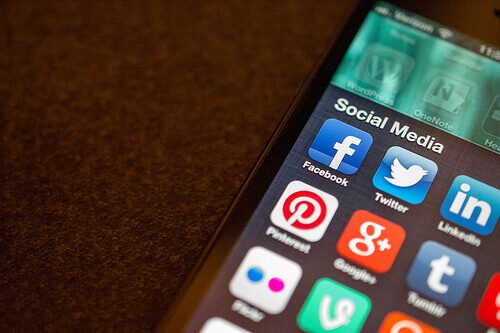 No longer an optional component, social media has become an essential part of the business world. Executives who establish a presence on relevant social media platforms have the opportunity to experience tremendous growth and greater success, securing their place in a fast-paced global environment.

Many CEOs once considered maintaining a social media presence too risky, largely because they feared that making an inaccurate or poorly worded statement could threaten their company’s reputation. Now, however, executives increasingly coordinate social activity across multiple channels as part of their overall business strategy.

Social media gives executives a high level of access to a wide range of stakeholders. It also offers unparalleled insight into the opinions and trending attitudes of consumers. Though most executives focus on growth operations, consumers remain the lifeblood of every business. What they say and share about brands via social media can have a substantial impact on company performance. According to Social Driver, an aware and socially active executive can address consumer concerns before they incite backlash, possibly saving the company millions in product missteps or ineffective marketing strategies.

Social media is a valuable method for recruiting top industry talent, as Carter Baldwin explains. These tools can help CEOs create a more diverse leadership team and support geographical expansion.Social media is also a vital tool for reaching tech-savvy Millennials, the single largest generation in the talent pool today. These candidates use social channels and they expect successful companies to do the same. According to Vistage, executives can use Twitter, LinkedIn, Facebook, and other platforms to research potential candidates, share job postings, and even reach out directly to recruit candidates. CEOs can also connect with recent Executive MBA graduates by developing content around workplace culture and benefits and by actively engaging in meaningful discussions.

According to Smart Insights, with over 2.3 billion active social media users as of January 2016, opportunities to connect online are greater than ever before. By networking directly with potential clients and thought leaders in the same field, executives can also keep apprised of networking opportunities and events such as conferences and lectures.

Social media is the new normal. For executives in a variety of industries, social media provides the opportunity to gain control and remain relevant in a digital world. Some of the most successful CEOs rely on social media for gaining new perspectives, learning about industry opinions, connecting with a more diverse audience, and making informed decisions.

Executives who make the most of social media channels have the opportunity to gather feedback, gain community insight, and connect with colleagues and new talent. Analyses have shown that those who engage through social channels are some of the best regarded in their field, according to the Harvard Business Review. As a study by Weber Shandwick elaborates, CEOs who maintain an effective online presence better position themselves to reap career and reputational benefits.