What defines a great chief executive officer? Many would suggest external financial markers that show the strength of the company, such as stock price, revenue, or market share. These attributes are certainly important, but internal factors such as productivity, office environment, and company culture also mark a CEO’s success. In this way, a company’s employees are often best positioned to judge the success of its highest executive.

Glassdoor’s Highest Rated CEOs lists embody this idea. The lists rank the world’s business leaders based on anonymous feedback provided by their employees. Below are the 2 top-ranked CEOs of 2017 according to Glassdoor’s lists. One leads the list of executives at large U.S. companies (those with at least 1,000 employees); the other tops that of small- and medium-sized businesses (ones with fewer than 1,000 employees). Aspiring executives can learn from their techniques, accomplishments, and public reviews to help themselves reach the C-suite.

Benno Dorer’s top rank on Glassdoor’s list of executives at large U.S. companies marks a number of firsts. It is the first time Dorer received the recognition, and his inclusion made Clorox the first consumer goods company on the list since its introduction. According to the reviews, Dorer earned this spot because his employees like his focus on transparency and professional development, as well as his vision for the company. These traits earned him a 99 percent approval rating on the job site.

Dorer’s work history reveals an extensive background in management and leadership. He joined the consumer goods company in 2005 as vice president and general manager of Glad Products, one of Clorox’s subsidiaries. Since then, he served in numerous roles throughout his career with Clorox, including vice president, senior vice president, and general manager of various divisions across the United States and Canada. Prior to Clorox, Dorer worked for 14 years as a marketing lead at Proctor & Gamble. He also obtained his undergraduate degree in economics and graduate degree in business administration.

Dorer’s success is proof that a marketing background does not hinder a person’s chances at reaching the C-suite. As Dorer explained to CNBC, this type of agency is vital to achieving one’s professional dreams.

“I always tell people to be courageous and to forge your own path, versus waiting for someone or the company to forge the path for you,” Dorer told the news organization. “I think that is the single most important thing, not just in business but, frankly, in life.”

Dorer’s extensive background should encourage many hopefuls who are curious about the benefits of getting an MBA, as it is likely Dorer’s graduate degree contributed to his success. Just as Dorer began his career in marketing, people with an interest in that field may also consider an online MBA program with a marketing concentration.

Following Dorer’s guidance can also help aspiring executives reach their desired position within the C-suite. For some, forging their own path means obtaining an education that can prepare them for the challenges of working as a CEO—even while they’re still employed. These individuals may benefit by enrolling in the Washington State University Carson College of Business’s online Executive MBA program, which was specifically designed to help students gain the knowledge required to join the C-suite.

Coursework in the EMBA program goes beyond that of a traditional online MBA and can teach students advanced business concepts such as executive philosophy, cash management, and organizational design. Professionals with existing management experience can complete the program entirely online in as few as 18 months, allowing them to continue working with their employers while simultaneously pursuing their education.

With the Carson College’s online EMBA program, students can take their futures into their own hands—just as Dorer advised—by preparing themselves for the C-suite. 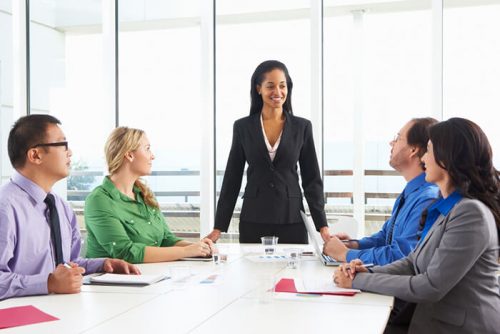 Earning an EMBA can help you take charge of your future.

With 99 percent approval, Justyn Howard ranked first on Glassdoor’s list of Highest Rated CEOs at Small & Medium Companies in 2017 in the United States. This isn’t the first recognition the young CEO has received; Howard was also named one of Crain’s Chicago Business’s 40 Under 40 in 2014.

It is not surprising to see the leader of a startup on this list, as such companies are known for their innovative and compelling approaches to business. Comments by Sprout Social employees reflect such a viewpoint: Anonymous Glassdoor posts point out Howard’s focus on company culture, with one noting that he likes to check in with employees to get their views on organizational changes.

Such leadership and commitment to employee well-being is important for CEOs—a fact that is increasingly recognized as businesses work to increase productivity and compete to recruit talented employees. Organizations with executives like Howard who are focused on improving company culture fare better at such initiatives than those without, according to Gallup. Furthermore, as office culture improves, employee engagement and performance often rises with it. Additionally, businesses with compelling cultures can more easily attract talented new hires to fill empty positions. 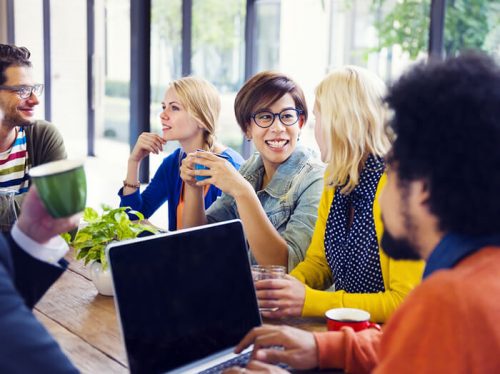 Further contributing to Howard’s success is his personal drive surrounding education. In middle and high school, Howard taught himself to program computers using books from a public library. Such initiative is also part of being a successful CEO. As Howard used the resources available to him, so too can students at the Carson College take advantage of all that the school provides. One such option is the 3-day leadership conference offered exclusively to EMBA students, graduates, and family. This unparalleled networking opportunity lets attendees share strategies and make new professional contacts, exercising the initiative that helped make Howard such a successful leader.

As with any leader, Dorer and Howard have their unique methods of directing their companies. That said, they likely share universal traits that are essential for any executive.

Glassdoor identified these traits in a 2016 research report titled “What Makes a Great CEO?” Not surprisingly, employees who were satisfied with their work environments rated their top executives more favorably—as reflected in feedback about Howard’s dedication to company culture. Additionally, executives were viewed more favorably when their businesses were financially stable or prosperous. This likely contributes to Dorer’s positive reviews, as he announced consistent growth at Clorox in a recent press release.

This research reinforces commonly assumed knowledge about CEOs: Their leadership determines a company’s success, failure, and culture. Executives must be strong financial managers, but they also need to be the driving force behind a positive company culture.

Recommended Readings:
The Inherent Value of an Executive MBA

Making Your Executive MBA Work For You

Your Role as a Leader in the Company Culture