Decision Fatigue: What It Is and How to Avoid It

It’s 4 p.m. You have an end-of-the-day deadline, five new items on your to-do list, and urgent emails to attend to; you can’t seem to make yourself focus. Gosh, you think, I need a quick energy fix. You were planning on an afternoon workout session, but that means getting into gym clothes and deciding what kind of exercise to do, and wouldn’t it just be easier to get a coffee and a brownie from Starbucks instead?

You’ve just experienced decision fatigue. If this example hits home, then you know why decision fatigue has become a hot topic in the business world, impacting everything from hiring to project management to bad food choices.

Read on for how you can recognize decision fatigue and improve your decision-making skills.

What Is Decision Fatigue?

So, what is decision fatigue, and what impact does it have in and out of the workplace? In essence, decision fatigue is mental exhaustion resulting from the sheer number of decisions a person must make daily, leading to difficulty making—or making good—decisions. That may make sense if your decisions center on company strategy (what’s the best marketing plan for the new product?) or life-changing opportunities (should I take that new job?). The human brain, however, can get caught up in the same decision-making process around what to eat for lunch or wear to work.

These mundane decisions combined with more important and pressing issues cause stress and emotional exhaustion, leading to poor choices. That’s right—decision fatigue doesn’t just stop you from making decisions. It can cause you to make bad decisions. Let’s look at some of the results of decision fatigue. 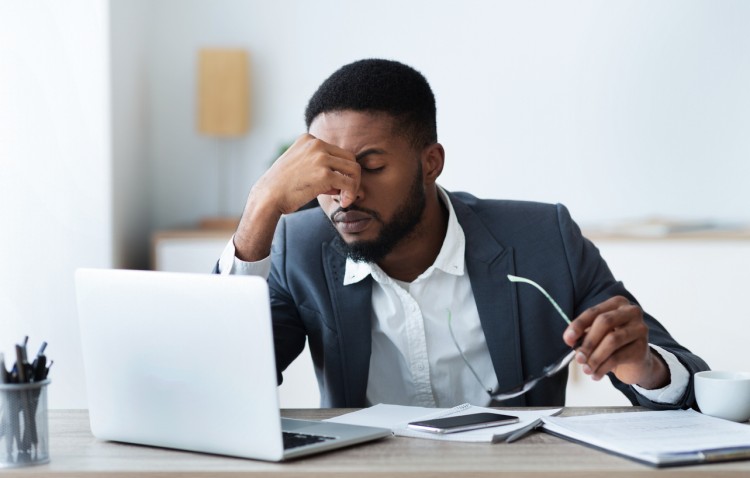 You may have promised yourself that you’ll make healthy food choices, but you’ve been so busy that you haven’t prepared lunch or thought about where you want to eat that day. That’s how you end up buying a candy bar or fast food.

Your manager has asked you to come up with a schedule for a project, and you need to make several decisions about whom to include, what steps are required, and what the end goal is. You find it impossible to get started on the project because there are too many decision points.

You “Just Say No”

Sometimes it’s just easier to say no rather than to weigh the choices and make an appropriate decision. This can lead to lost opportunities. That automatic no is as bad as an impulsive yes.

The emotional impact of decision fatigue can cause stress throughout a person’s life, not just at work. Too much ambiguity and too many choices, plus the additional pressure to make the right choice, can make it hard to make any decision at all, even about an activity that’s pleasurable—choosing a movie, for example, or a game to play for family game night.

Here are some additional resources to help you identify decision fatigue and tips to prevent it.

What Are the Symptoms of Decision Fatigue?

You might be asking, What are the symptoms of decision fatigue? You’ve probably experienced them even without knowing that’s what was causing them. Some of these symptoms include:

Brain fog, decision paralysis, and other symptoms of decision fatigue can impact every part of a person’s day. Learn more from these resources.

Why We Succumb to Decision Fatigue

Decision Fatigue in the Workplace

The following are examples of how decision fatigue can impact working professionals.

One of the most famous examples of decision fatigue was illustrated by researchers who discovered that Israeli prisoners were much less likely to be granted parole if they went before judges in the afternoon than in the morning. The judges’ decision fatigue negatively impacted their impartiality.

Healthcare workers such as emergency responders must make life-or-death decisions as a part of their jobs. Unsafe working conditions, such as accident sites, can cause confusion and add to difficulties in making decisions. Overwork, exhaustion, and high levels of stress can cause emergency responders to suffer from decision fatigue.

A study of bank loan officers published in Royal Society Open Science showed that loan approval rates dropped significantly in the afternoon, compared to the morning. Since one marker of decision fatigue is to just say no due to depleted mental energy, this caused otherwise good loans to be rejected. The study estimated that the bank lost more than $500,000 in revenue for one month due to lost interest and fees.

For more information on the examples above, see these resources.

How to Improve Your Decision-Making Skills to Avoid Decision Fatigue

The following resources are good examples of how to hone your decision-making skills, which will help prevent decision fatigue. The better you get at making decisions, the more likely you’ll be able to prevent a decision that’s impulsive or to move forward when your inclination is to procrastinate.

Decision Fatigue: How to Avoid the Consequences

Now that you know what decision fatigue is and how to recognize it, how do you avoid the consequences? Here are tips for managing your day, putting the major decisions first, and not sweating the small stuff.

Work with Your Body Clock

Most people have more clarity and energy before lunch. In the afternoon they start to drag. If you can, make the most of your mental resources by making the big decisions before lunch. Ditto for meetings, if your schedule allows for it.

Some decisions are literally life or death. Most aren’t. President Barack Obama and Steve Jobs were both known for having work uniforms, which freed them up from having to stand in front of the closet in their bathrobe, wasting precious mental energy on deciding what to wear. Failing that, lay out your clothes the night before.

Don’t leave meal planning, going to the gym, grocery shopping, or other tasks to the last minute. Schedule them ahead of time. Keep your gym bag packed so you won’t have an excuse to hit the vending machine rather than the treadmill.

Get Plenty of Rest

Decision fatigue can impact everyone, in the workplace and the home. Identifying the root causes of decision fatigue in your life and taking steps to prevent its impact will go a long way toward alleviating the negative consequences. Once you see where procrastination, decision paralysis, and impulsive decision-making come from, you can improve your decision-making skills with practice and awareness.