“The majority of military spouses who are overseas are not able to work. It’s important to further your education so you have the opportunity to work in whatever field you want, wherever you end up. The more education you have,the more qualified you are for different roles.” 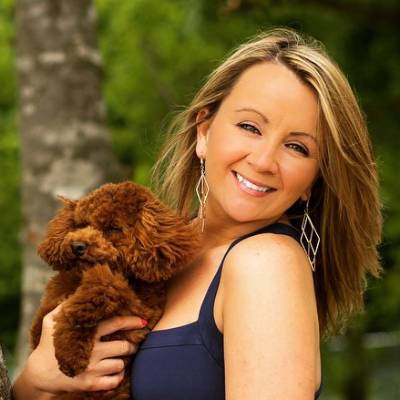 Heather Bobzin’s journey to the Carson College of Business started with some big news.

She and her husband—an active-duty service member—would be traveling to Japan for their first military move together.

Bobzin’s employer was willing to create a new role that would allow her to keep working while abroad. While she still felt nervous about uprooting her life, she chose to focus on how she might turn the situation into something positive by using it as an opportunity for growth.

“I wanted to be able to do something that would help me continue my education and make me marketable when I came back to the states,” she said. “I knew my job while I was there would give me the flexibility I needed to dive into an MBA.”

Bobzin had previously contemplated returning to school, but the circumstances hadn’t been quite right.

“I had been wanting to get an MBA for some time, but I hadn’t because of the cost and time. My job right out of college was super demanding, and I worked a lot of hours,” she explained. “Knowing that I was coming to Japan and my husband was willing to give me his GI Bill®, since he had gotten all his education paid for already, it just made perfect sense.”

The Perfect Combination of Features

A planner by nature, Bobzin did what she normally does when faced with a big decision: she created a spreadsheet. She began researching top online MBA programs and organizing her findings according to her most important criteria. She needed a school that was fully online, cost less than $60,000, AASCB accredited, and open to international students.

Something she quickly discovered was that not every program on her list was 100% online—some required at least two annual campus visits, which wasn’t feasible. 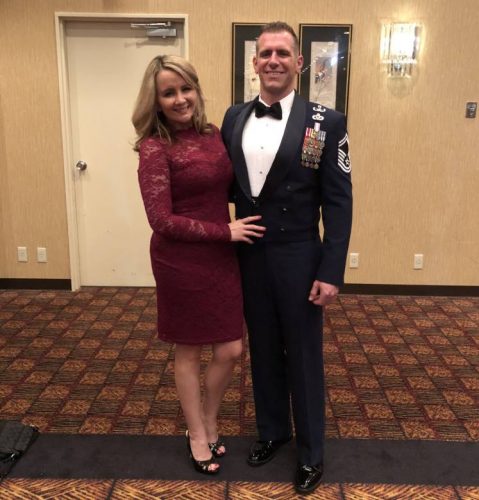 A Direct Line of Communication

What also made a huge impression were her interactions with student support staff, from the earliest stages of the application process to her ultimate enrollment.

“The student advisor team is amazing. It’s one of the top reasons I picked WSU,” she noted. “It got tough at the end as I was eliminating all the other schools and trying to decide which one was the best. I talked to an advisor, and it was a big deciding factor for me.”

“I had a million questions and a bunch of stuff that I wanted to know and understand,” she continued. “She never made me feel like I was wasting her time. She went through everything and helped me understand that this was going to be a resource the entire time I was in school.”

This same feeling of support extended to Bobzin’s interactions with WSU’s Office of Veterans Affairs as they assisted with the specific details of using her husband’s military benefits to finance her degree.

“Working with the team, and knowing that there was a dedicated staff member that I could reach out to, to help with issues with the GI Bill®, all helped me determine that WSU was where I wanted to go.”

She was also impressed by WSU’s efforts to help facilitate connection among students, even from thousands of miles away. Soon after Bobzin began her classes, Matt Beer, WSU’s veterans affairs manager, reached out to her and a few other students who were also stationed in Japan. 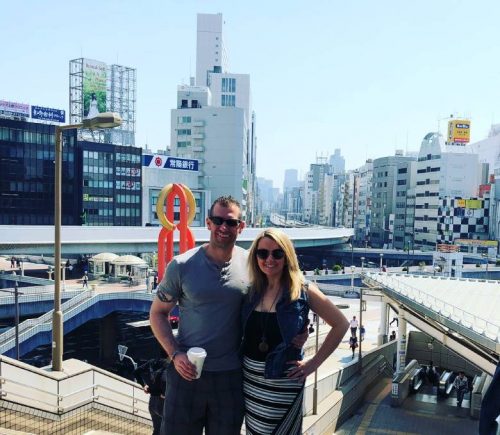 “He said, ‘Hey, all of you are over here. I don’t know if you’re nearby each other or at the same base, but if you are, you should meet up and help each other with school.’ I think a couple of them were together, but there weren’t any here. Still, I thought that was neat of him to do. Very considerate and cool.”

All the communication she received from her support network at WSU made Bobzin feel like she wasn’t just a number. There was always someone she could call if she ever needed help.

“Knowing that somebody was looking out for me and that I still had a lifeline to the school was invaluable,” she said.

Giving Back to the Military Community

After graduation, Bobzin looks forward to applying what she’s learned throughout the Online MBA program to fulfill her lifelong dream of starting her own company. Her business plan? Helping other military spouses find jobs from anywhere in the world.

“Sometimes military spouses get discouraged because it is really difficult to have a career when you’re constantly moving around and don’t know where you’re going. It’s something I’m very passionate about, because it’s important to give military spouses a sense of independence and feel like they can contribute as well.”

She hopes her story can help relieve any of the concerns that other military-affiliated students might have about the idea of earning a degree online, especially those deployed internationally.

“At a school like WSU, you’ll have a lot of great
resources—even while you’re overseas—to help
you through the program.”