“The greatest thing about the program for me was the amount of growth and learning—just that level of intensive self-development in such a short period of time.” 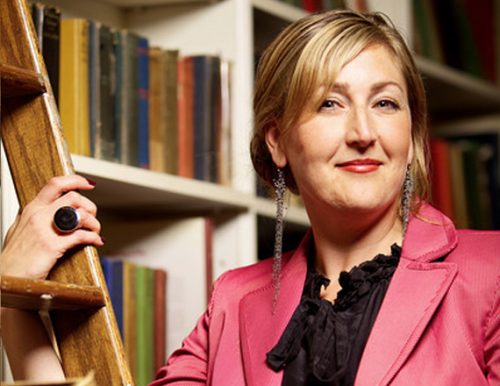 There are many ways to come up with the business idea that’s right for you. Maybe you’re naturally creative, an inventor, good at identifying consumer needs, or someone with an intrinsic drive to be your own boss. Justine Smith is all of those things.

“One of my provisional patents ran past its deadline,” Smith said. “I went to a trade show and saw someone launch basically the same exact product, and win a bunch of awards, for something that I had invented five years earlier. And I just said ‘This is enough; I need to figure out how to start acting on these ideas.'”

From Patents to Profits

When Smith enrolled in the WSU online Executive MBA program, she had already launched five companies. She had several inventions holding provisional patents, but hadn’t been able to develop them to their full potential.

Smith entered the online EMBA knowing she was coming up short with her businesses. They weren’t failing, but she was unable to realize the full potential of what she was building. She had plenty of knowledge and experience, but there was just something missing—something she knew the EMBA program at WSU could help her attain.

“I think I lacked some very specific tools before I went into the program,” Smith said. “I came out with was a deeper understanding of corporate finance, forecasting, large-scale strategic planning, strengthening investor relationships, and corporate infrastructure.”

Education is a business deal. As a savvy and successful entrepreneur, that’s how Smith approached finding the right online EMBA program. She wanted an online EMBA degree program that delivered as well, if not better than, an on-campus program. If she was spending the same money, she wanted the same experience. And that’s exactly what she received.

“I ended up choosing the WSU MBA program over others that I researched because the format, although online, is still a live classroom experience,” Smith said.

What she wasn’t expecting was an even more engaging and cooperative educational experience. She believes the faculty interaction was enhanced by the engagement between her and her classmates. Plus, the faculty were incredibly responsive to her questions and really pushed her to exceed her initial goals. For example, during her capstone project, Smith let her advisor know that she was looking to complete more than just an academic project. Working closely with her advisor, she was able to create her latest business success.

“In this format, there was structured, high-level interaction and feedback about any topic we discussed,” Smith said. “So that was something I was very pleasantly surprised about and wasn’t expecting, but I felt like it definitely made the program very rich.”

Smith found the caliber of professionals enrolled in the WSU online EMBA program quite valuable, as well as the high quality of the peer-to-peer reviews that are part of the online format. She established lasting professional relationships with several of her classmates, and they still lean on each other occasionally for advice.

“Several of my colleagues from the program are CFOs,” Smith said. “So, if I’m up against the wall in a particularly challenging financial question, I will text or email and always get a little bit of support there.”

Benefits Beyond a Degree

The online EMBA program at WSU offers an optional 10-day international field study experience. The class of 2016 traveled to China for a hands-on business immersion trip. Smith not only solidified lasting relationships with classmates during the trip, but she also found manufacturers for her future ventures. With the goal of expanding into international business, getting her feet on the ground in China and working hand-in-hand with Chinese business professionals proved to be an invaluable experience.

“When you’re doing anything that is international or breaching heavily into another culture, firsthand learning is always going to be a better experience than a book. We had great instructors and workshops on that trip, and it was fantastic.”

Justine is currently running her company Kids Go Co and experiencing phenomenal success with its introductory product, the ZoomKIT. The ZoomKIT is available nationwide, sold in more than 65 stores, and recently won the 2016 National Association of Parenting Products Award.

“The greatest thing about the program for me was the amount of growth and learning—just that level of intensive self-development in such a short period of time,” Smith said. “To be able to see that kind of personal and professional transformation happen within yourself was incredible. That was absolutely my greatest takeaway.”