The Road to Disney: David Cohen

“The relationships I made with my EMBA classmates are wonderful and ongoing.” 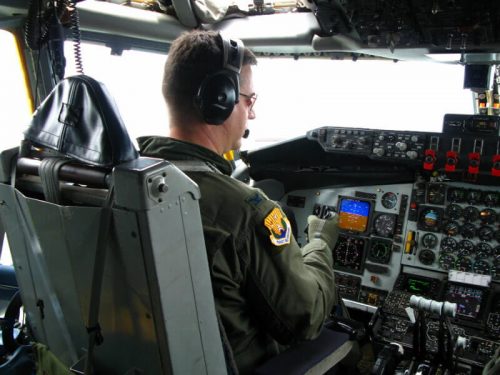 When you’re overseeing operations for the premier educational institution of the United States Air Force, finding the time to earn an EMBA can be a challenge. “I really had to force myself to create work and study schedules, and balance that with my home life,” says David Cohen, former director of staff at Air University. “WSU made it easier to balance my Air Force career and my studies. From the learning management system to the instructors’ availability, I really felt like the entire program was geared to support our success. I never had an instructor get back to me in more than 24 hours. In fact, one even called me about 15 minutes after I sent her an email.”

The WSU Executive MBA wasn’t Cohen’s first experience with higher education outside a traditional classroom setting, but it was certainly the most technologically advanced in terms of delivery. “I earned a master’s degree in industrial engineering via distance learning in an earlier chapter of my life,” he recalls. “I won’t say when, but I will tell you that the ‘distance learning’ part of the program was the professors sending recorded lectures to us on VHS cassette tapes! A few years later, I had some apprehension about taking a distance learning program in the era of online. My apprehension left by about the second week in the program. The system turned out to be very easy, and if I had any questions, my classmates who had started the program before me were great resources on how to navigate. By my second class, I was the ‘old hand’ and able to help the new students.”

A Magical Compass and a Memorable Capstone

When it came time to identify his capstone project, Cohen went in a direction you might not expect from someone with his background. “I’d always been a big fan of Disney Parks—I even proposed to my wife in front of Cinderella’s Castle. I always wished there was a way to avoid standing in lines and having to walk all over the place to get to my favorite attractions,” David says. “My capstone project was a business plan for a proposed smartphone app I titled “Disney’s Magical Compass” for guests to use in Disney Parks. The concept was that not only would the app reserve spots in line, it would also provide the optimum path from one attraction to the other, minimizing transit time, and maximizing guest enjoyment. Additionally, the app would provide discounts to guests for food, beverage, and merchandise based on their proximity to these venues.”

He remembers growing his idea as he moved through the EMBA program, applying what he learned in real time. “I started developing the idea for Disney’s Magical Compass in marketing, my first class in the EMBA program. Throughout the next year, I began to develop the concept more, using knowledge picked up in classes such as finance and international business.”

Cohen looks back on the rigors and rewards of the culminating business plan with great positivity, calling his capstone experience “tremendous!” “It was some of the hardest work I’ve ever done in an academic setting, but it was also the most rewarding. It was a concept that I turned from a nebulous idea into a concrete business plan. I was able to bring this all together due to the guidance of my capstone instructor. He had started multiple companies, including tech enterprises, and really knew the business. However, he didn’t tell me how my project should go — he provided ideas and suggestions to make my idea even better.”

Beyond the experience he gained working on his capstone project, he gained knowledge that would ultimately help him land a position with Disney. “My capstone project was instrumental in getting my leadership position at Disney because it became a forum for me to understand how Disney Parks operate. My research gave me a much deeper understanding of how the company operated and the approach taken for Disney parks to be profitable. Without having ever worked for Disney previously, I felt my capstone provided me a leg up on any other candidates for my role.”

“Life as a manager at one of the world’s most recognizable brands, Disney, is an exciting experience,” Cohen says, noticeably passionate about his job. “While my focus is on the inventory levels, analysis, and warehousing of our costumes, there’s still something magical when I walk into the parks and realize I had a big hand in making our guests’ experiences unforgettable.” Cohen’s teams are responsible for providing costumes to every cast member working in the parks, “from custodial to merchandise, to food and beverage, to attractions. We do this for Walt Disney World, Disneyland, and Disney Cruise Line. All told, we support about 100,000 cast members worldwide.”

“While there is magic in what we do, this is still a business,” Cohen says. “We manage budgets, work schedules, plan labor, and are constantly looking for ways to be more efficient. My WSU EMBA really helped gel all of these concepts together for me. While we certainly cared about budgets in the Air Force, the dollars were a means to an end—our goal was creating an effective warfighting capability. With Disney, the ultimate goal is to not only provide our guests with unforgettable experiences, but also provide our shareholders with good return on their investment. This link back to profits and our shareholders was a critical piece I learned in my WSU EMBA program.”

“Prior to earning my EMBA, I had lots of experience in leadership and management, as well as graduate degrees in industrial engineering and military operations,” he adds. “What I didn’t have was any background or real understanding of business. By earning my WSU EMBA, I was able to show I was much more well-rounded and had the skills to not only support the business, but also understand what drove the business.”

David credits his EMBA classmates for helping him expand his understanding of business in the global arena. “Some of the most important learning I received was from my classmates. For instance, as a career military officer, I’d always viewed some countries as adversaries. However, many of those same countries are tremendous trading partners. Hearing my classmates describe how they did business with the different cultures in these nations was fascinating. Another area I’d never even considered was corporate social responsibility. This wasn’t very germane to the military, but I learned from my classmates not just about its importance, but how it is applied in the corporate world.”

“The relationships I made with my EMBA classmates are wonderful and ongoing,” Cohen says. “We still communicate via LinkedIn as well as Twitter. We got to know each other; we talk about our careers, our families, and whatever might be next. It may seem an odd dynamic from the outside, but going through the WSU EMBA really brought us together, without physically being in the same location. There was a definite feeling of camaraderie, as well as partnership. Everyone in the program was a leader in their own field. And it was a very diverse group! We had an M.D., a restaurateur, an executive for a major hotel chain, and even someone who worked for a nonprofit. We spanned the world, from Washington to Arizona, from Maryland to Alabama. I even had a classmate who was in South Africa! That always made scheduling group projects interesting!”

With such a positive overall experience, David makes a point to stay connected with WSU, the Carson College of Business, and even the EMBA program itself. “I still feel a strong bond with WSU as a Cougar. I’ve not been able to donate new buildings or facilities, but I give back in other ways. I’ve participated in about a dozen webinars, helping prospective students learn about the EMBA program. I’ve helped the EMBA program develop ideas and strategies to reach out to military members, active duty, reserve, and retirees. Continuing my connection with Washington State University gives me a sense of pride, both in the academic degree I earned and in the community of which I am now part.”

“I would, without question, recommend the WSU Executive MBA program to anyone looking to advance their career,” he says. “Everything from the time frame needed to earn the degree, to the faculty, to the curriculum provided additional knowledge and increased my skills. The program doesn’t provide just a diploma—it equips graduates with the abilities and information needed in today’s business world. The learning isn’t simply book learning. It’s real-world information taught by professionals who have worked in the real world.”