From USMC To EMBA: Brian Lewis

“The only reason I am where I am today and enjoying the lifestyle that I’m enjoying is because I chose this program.”

From USMC to EMBA 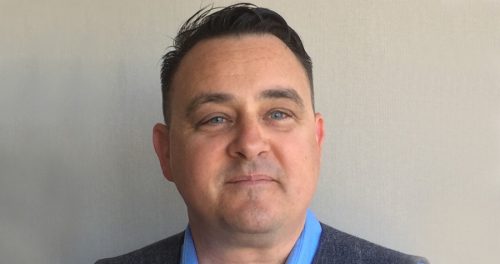 Brian Lewis’ decision to earn his online Executive MBA came from a place of struggle — of not knowing how he was going to transition from being a Marine for more than 20 years to working in the private sector. Industry transition is never easy, but going from the military into the business world can be especially daunting. But as a Marine lieutenant colonel, he was up to the task.

With a family that includes three kids, plus a job with a ton of required travel from the West Coast to Asia, Brian needed a flexible Executive MBA program. “For most of us who are really committed to raising a family, paying bills, and getting through life, the 100% online program was the only option I had, and it’s fantastic.”

Around the world. Around his schedule.

Brian completed the majority of the Washington State University online Executive MBA program while he was on active duty. “The recordings and ability to catch up with your classes, do your coursework, and have a predictable schedule of when homework was going to be due was really the only way that I was able to get through an advanced degree program like this one and use it as a vehicle for an industry transition.”

For Brian, it was all about the technology allowing him to participate fully, wherever or whenever. “The tools to conduct classes, listen to recordings, and collaborate with classmates were tremendous.”

In fact, he still stays in contact with some of his classmates from the program. “I met people who were working all around the world. We had doctors, lawyers, and business folks in the program who really brought a unique perspective that was obviously different from my perspective from the military and just rounded out my learning.”

Putting in the Work

By his own admission, Brian has very little finance or accounting background. But he says he is a prime example that an online Executive MBA is not an insurmountable program to complete— and if you put the work in, you can do it.

“I would basically lock myself away for four-hour blocks when I had the opportunity and I would just blast through my coursework, catch up on recordings, and prepare my assignments,” he said.

There were some courses that required greater effort for Brian to catch up on, but he always had the support of the faculty to help him get through. “I had great course instructors who were accessible to me whenever I needed them — either through email or by phone. They have a vested interest in your success and that really shines through. It made a big impact on me.”

“An EMBA at WSU is a phenomenal opportunity for you to gain a much broader perspective of the business world.”

And They Said Boot Camp Was Rewarding

Looking back, Brian was pretty set on a brick and mortar school, but also needed a 100% online program. The Executive MBA program at Washington State University was everything he wanted and needed. “I fell in love with this program from the start because it broadened my perspectives.”

Brian was able to capitalize on his master’s degree by landing a consultant position with Booz Allen Hamilton in Seattle. This led to his current position as global operations manager with Cisco.

“I’m a strong believer in the MBA education as an opportunity to really let you launch into another industry. It’s worked for me and several of my close contacts.”

He does have some advice for those in the middle of the decision process. “The second law of thermodynamics states that closed systems tend toward entropy. And if you stay in your industry or in the lane that you’re an expert in right now and don’t try to learn a broader perspective in life, then you’re going to get diminishing returns from what you’re investing in.”