Why Every Business Leader Should Care About Cybersecurity 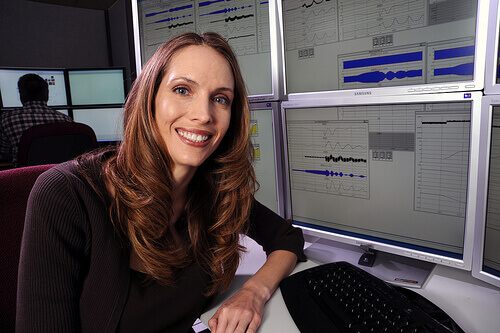 Business leaders who want to protect the privacy of their firms and customers might wonder whether their businesses have sufficient cybersecurity resources to prevent data and monetary theft. The Identity Theft Resource Center, ITRC, tracked 781 data breaches in 2015 alone. According to the ITRC, 2015 had the second highest number of breaches since the organization began tracking breach reports in 2005.

Given this reality, find out why executive and nonexecutive leaders need to take cybersecurity seriously.

Business leaders who educate themselves about cybersecurity might save their companies millions of dollars. Riley Walters, a research assistant in the Douglas and Sarah Allison Center for Foreign and National Security Policy, reveals that cybercrime costs U.S. companies an average of $15.4 million every year. Walters also notes that firms experienced “an average of 160 successful cyberattacks per week” in 2015.

Writing for The Heritage Foundation, Walters elaborates that worms and viruses aren’t the only culprits. Businesses also experience breaches from “malicious insiders” and stolen devices. Additionally, the Federal Communications Commission, FCC, cautions that businesses of all sizes can become targets. According to the FCC, current business professionals and future executive business leaders should take precautions against cybercrime and alert authorities if they find themselves or their businesses victims of cybercrimes.

Although many business executives and consumers focus on the financial losses that cybercrime creates, businesses might also lose trade secrets during data breaches. A report issued jointly by the Center for Responsible Enterprise And Trade (CREATe) and PricewaterhouseCoopers LLP (PwC) estimates that financial losses from trade secret theft total between one and three percent of the U.S. gross domestic product.

In his article for The Heritage Foundation, Riley Walters details dozens of breaches that took place during 2015. The breaches span many industries, from retail and finance to manufacturing and health care. Walters notes that at least two of these breaches could have connections to trade secret theft.

According to Wilson, data breaches lead customers to fear identity theft, especially when the data breach involves Social Security numbers, bank passwords, and other highly sensitive data. A cybercriminal can steal private information from thousands of consumers and use that information for personal gain.

Doug Drinkwater of CSO calls data breaches a “PR and financial disaster,” stating that reputation issues stem from both the data breach itself and the resulting response. According to Drinkwater, business leaders can reduce the impact on their businesses’ reputations by responding proactively, but in some cases, companies can’t recover from the loss of customer loyalty.

Ruined reputations, extreme financial loss, and trade secret vulnerability can all stem from a data breach and from other cybersecurity threats. Business leaders who want to protect their organizations can take steps to prevent these outcomes and protect their customers.