The Rise of Elon Musk

Last October, a crowd of 4,000 followers and fans gathered on the tarmac at an airport in Hawthorne, California, breathlessly awaiting the arrival of an icon. When he finally showed up, an hour late and sporting a flashy velvet blazer, the crowd lit up with camera flashes and tumultuous applause. Elon Musk had arrived to show off the much-anticipated enhancements to the Tesla S sedan. 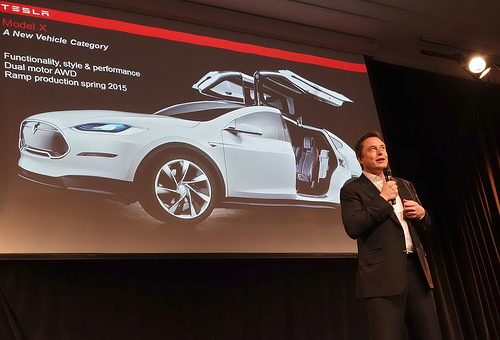 In 1995, Elon Musk dropped out of a Ph.D. program in applied physics at Stanford to pursue his fortune as an inventor and entrepreneur. His first venture, Zip2, a software company he formed with his brother Kimbal, developed city guides for newspaper publishers. As with everything Musk would touch over the years, the company found enormous success and was purchased by Compaq in 1999 for over $300 million, of which Musk pocketed $22 million.

Filled with ideas, Musk landed in Silicon Valley where he showered in the YMCA and lived in his office as he worked to get his next startup, PayPal, off the ground. After just two years, PayPal was acquired by eBay for an astonishing $1.5 billion with over $160 million in stock going to Musk, who by that time was dreaming of colonizing Mars.

In 2001, Musk founded SpaceX with a plan to achieve his Mars goals. The company subsequently won billion dollar contracts with NASA and made the spacecraft used in cargo transport to the International Space Station. In 2013, he was named Fortune’s Businessperson of the Year.

Taking the Helm of Tesla

While Musk is synonymous with the electric car company, he actually wasn’t one of its founders. Tesla Motors was incorporated in 2003 by Martin Eberhard and Marc Tarpenning; Musk joined the company’s board in 2004 after its first round of Series A capitalization.

Tesla had a series of unsuccessful CEOs, perhaps due to their engineering backgrounds and lack of MBA-level preparation. At one point in 2008, the company was facing a potential bankruptcy, saved only by an injection of cash from Musk’s personal fortune. Tesla’s burn rate was spiraling out of control, and the company had only managed to deliver 147 cars. Musk replaced Ze’ev Drori as Tesla’s CEO in October 2008.

Tesla received nearly $500 million in loans from the Department of Energy under the 2009 stimulus plan, which it paid back in full in 2013, the only car company to have done so. Although Musk acknowledges that the company won’t be profitable until 2020, Tesla’s stock has outperformed this year — up 10 percent over 2014 and 50 percent over 2013.

The Batteries of the Future

Musk’s latest tech revolution revolves around his line of lithium-ion batteries that will be built at the gigafactory Tesla is constructing in Nevada. His latest product, the Powerwall, lets businesses and homeowners store solar energy they generate during the day for use at night. Tesla Energy, the company’s newest division, is already working with Amazon to achieve 100 percent renewable energy with its battery technology.

From his early beginnings as a coding genius at age 12 to his current position as perhaps the world’s most influential entrepreneur, Elon Musk is positioned to assume a role in history along inventors such as Henry Ford and Thomas Edison.

X
X
Get Program Details
This will only take a moment.
" "