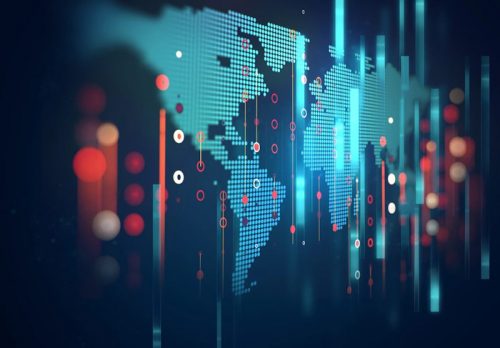 Cultural practices often influence local business policy. For example, in Japan, business professionals often give each other gifts – sometimes rather expensive gifts – before conducting business. Thus, in Japanese business culture, gift giving is part of a tradition of reciprocity and respect. To not give a gift would not only be a faux pas but an actual insult. Contrarily, across the Pacific Ocean, in America, giving a gift while conducting business could feel like an attempt at bribery.

Americans conducting business overseas need to be aware of – and sensitive to – how business is executed in other societies. Sometimes business professionals have to walk a fine line between observing local customs and maintaining their own ethical standards. Learning how to integrate business goals with other cultural backgrounds is an important lesson for those studying for an online Executive MBA degree.

Should companies and the employees they send abroad adopt the philosophy of cultural relativism, which maintains that all cultural practices are equal and should be respected? Or follow a path of ethical imperialism, which asserts that the ethics and culture of the company (and home country) take precedence and must be adhered to, regardless of local cultural differences? Or, how might they find a way to accept some differences and be comfortable with another culture?

Employee perks and benefits in foreign lands require special attention from corporate executives. In India, some businesses promise to hire an employee’s child after the child has completed a certain level of schooling. In a country where jobs can be hard to find and family ties are crucial, this perk is very desirable.

“[Indian] companies honor this commitment even when other applicants are more qualified than an employee’s child,” Thomas Donaldson, author of The Ethics of International Business, wrote in his 1996 Harvard Business Review article, “Values in Tension: Ethics Away from Home.”

Executives and managers who have recently arrived in India from the States often regard this practice as nepotism, but the population of India doesn’t see it that way. Thus, this employee benefit can be a point of contention when conducting business abroad.

Corporate executives might also encounter regions where state religions must be observed, which is often true in Middle Eastern nations. In some cases, foreign companies that don’t officially observe prayer times in Muslim host nations could lose contracts and business.

Aside from religious differences, some countries may have varying ideas of what constitutes a fair wage. Employee salaries ultimately fall on the corporate executive, who must take all local customs into account when making this determination. For example, in countries where women are deemed legally subordinate to men, male and female wages could become a precarious situation for an executive.

While it is best for business professionals to be respectful of other cultures, some business practices should never be condoned. For example, while child labor, debt bondage, and indentured servitude might be considered acceptable in some countries, U.S. corporations should shun it. The U.S. officially follows the International Labour Organization’s Standards on Child Labour, so U.S. corporations operating overseas are bound to its guidelines.

Not all child labor takes place on the factory floor or on farms. Corporate executives need to also consider the extended support structure of their business. If a local child is employed to clean a general manager’s home, for example, the child labor incident could still reflect poorly on the company.

UNICEF, in its 2015 “Child Labour” report, defines child labor as “[Spanning] many sectors, including agriculture, manufacturing, quarrying and mining, and domestic service. Often, it is hidden from the public eye. For example, the estimated 15.5 million child domestic workers worldwide – mostly girls – are often barely visible and face many hazards. Child Labour is the combined product of many factors, such as poverty, social norms condoning it, lack of decent work opportunities for adults and adolescents, migration, and emergencies.”

Corporations from developed nations that engage in either child labor or any form of slavery will be globally scandalized. With this in mind, executives should always be aware of potential industry fallout based on its practices.

Social anthropologist Jonathon Mair teaches an innovative approach to cross-border ethics called Fo Guang Shan, which he says “places a particularly heavy emphasis on conversations. Each culture is seen as a more or less successful attempt to adapt culture to local conditions. Fo Guang Shan conversations are aimed at adapting practices from one ethical culture for use in another.”

Furthermore, Fo Guang Shan teaches that although people may have many cultural differences, they can find ways to reach compromises through active, continual dialogue.

While Fo Guang Shan takes a subjective, cultural relativism approach to business ethics, other systems lean more toward an objective, ethical imperialism that stresses a sort of “golden rule” approach.

• Act only on maxims which you can will to be universal laws of nature.
• Always treat the humanity in a person as an end, and never as a means merely.
• Act as if you were a member of an ideal kingdom of ends in which you were both subject and sovereign at the same time (Bowie, Ethical Issues, 62).

Recently, Volkswagen was accused of installing devices in its vehicles that bypassed the U.S. Environmental Protection Agency’s emission testing machinery, making the automobiles appear more environmentally friendly than they actually were. Volkswagen, a German company, failed to take the “green” culture of its host country – in this case, the United States – seriously, and scandal erupted.

To apply Kant’s categorical imperative, Volkswagen executives should have asked themselves, “Would it be OK if nobody followed emissions guidelines?” By asking the question, Volkswagen would have determined that bypassing the testing machinery was a bad idea.

Which Is The Right Way?

Companies that operate outside of their national borders are certain to encounter cultural and ethical issues that are vastly different from the norms in their homeland. Many issues, including differences in beliefs, management practices, living wages, and interpersonal communication, should be handled carefully.

Some dilemmas may call for a company to do the ethical thing regardless of what is acceptable in the host country. As mentioned earlier, no corporation should ever tolerate human rights violations. The International Labour Organization provides valuable insight and guidelines regarding human rights for business executives living and working abroad.

Finding the correct approach to navigating ethics internationally is not always easy. Fo Guang Shan’s cultural relativity approach might, in the spirit of compromise, miss an opportunity to avoid an injustice. The Kantian approach, on the other hand, could result in corporate guidelines that are too restrictive for a given region, or, contrarily, not strict enough.

Finally, when conducting business across country borders, there are times American companies should avoid situations altogether to bypass ethical dilemmas. De Beers, for example, has been harshly criticized for operating its diamond mines in countries that condone inhuman working conditions and endless violence.

Sources:
• Values in Tension: Ethics Away From Home – https://hbr.org/1996/09/values-in-tension-ethics-away-from-home

• Migration As A Challenge For Theological Ethics – http://migration-pt-ktf.univie.ac.at/fileadmin/user_upload/i_pt_ktf/00_Home/Migration_as_a_challange_for_theological_ethics.pdf