How to Go From a Boss to a Leader

Many people assume that bosses and leaders possess the same qualities, but when it comes to managing others, there is a large difference between the two. People who assume positions of authority at work can earn the boss’s title but never perform as leaders. Understanding the qualities of a leader (and of a boss) can impact an organization’s success as well as workers’ job satisfaction.

Change the Way You Speak 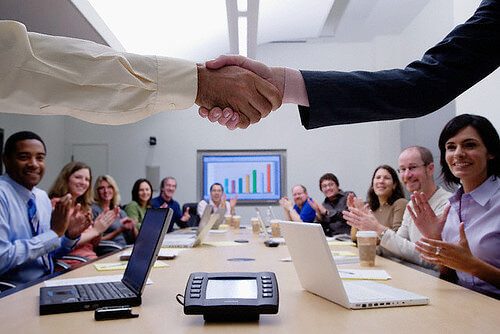 A boss uses words like if and maybe when he or she talks to team members and frequently starts sentences by talking about him or herself (using the word I). On the other hand, a leader uses definitive words such as when, yes, and no, and frequently refers to the team as we.

This type of vocabulary shows that leaders become coaches who give credit to others and are more interested in helping their team members grow than using the people who report to them for their own gain. To transition from a boss to a leader, use inclusive and definitive vocabulary not only while talking to your team members, but also during meetings with your superiors.

Reshape How You View Your Team Members

As author and leadership expert Gina Folk points out, an easy way for people to tell if they are a boss or a leader is to honestly answer how they feel about their team members. If they view their team members as an irritating necessity that they simply have to put up with during the day, they are bosses. However, if they view others as an actual team who helps them meet their goals, they are leaders.

Make sure you don’t view people as underlings whose only purpose is to make you look better. Instead, shift your focus to recognize that people are individuals with their own talents, needs, and personalities and understand that it is your job to bring those characteristics out of them so they grow, develop, and work toward their best possible performance.

Accept Blame and Give Credit

When something goes wrong, a boss blames others. However, a leader helps repair the damage and figures out what went wrong so it does not happen again. Along those same lines, when something goes right, a boss takes all the credit while a leader gives the credit to others. This is because leaders know how to control their egos and they understand that the success actually comes from their team and not just themselves.

While both bosses and leaders who work toward an online MBA degree take classes on how to manage others, only a boss has a difficult time delegating work to others. Leaders assign tasks to those they know are capable of completing them. However, leaders do not simply walk away after assigning the task. They occasionally check in to make sure everyone is on track. Delegating allows leaders to preserve extra time to guide the team and complete the project properly.

While transitioning from a boss to a leader is a challenging and personal endeavor, it is also a rewarding one. Leaders are more engaged at their job and team members who work under leaders produce better results for their employers.