How to Be a Successful New CEO 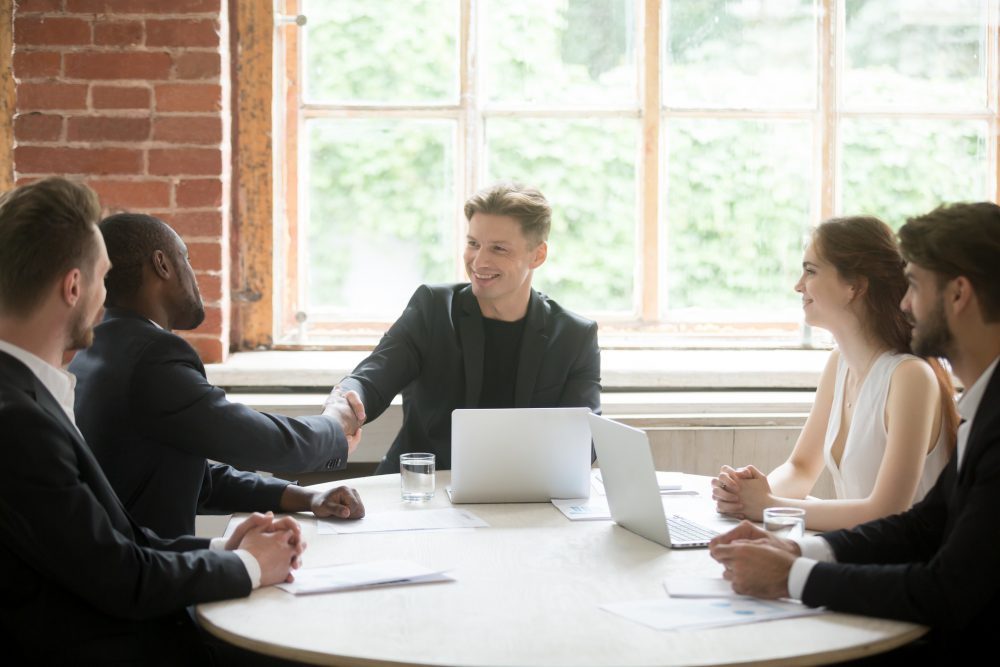 In May 2018, Kohl’s department store chain appointed Michelle Gass as its new CEO after CEO Kevin Mansell’s retirement. Before her elevation to the C-suite, Gass was the company’s chief merchandising and customer officer, according to the Women’s Wear Daily article on HerbertMines.com, “CEO Talks: Kohl’s Michelle Gass Makes Waves.”

Gass confidently took the reins and brought to fruition several much-needed changes that improved Kohl’s bottom line. She made mutually beneficial business deals with Amazon and PopSugar (a popular website that follows women’s trends) to increase her store’s reach and she led her new company to invest in data machine learning and AI inventory management.

“What Kohl’s brings to the table is its brand DNA,” Gass says in the article. “Kohl’s is a great operator. We know how to operate in a cost-effective way, and that’s hard. Think about what that says about all the new entrants and new digital native brands. We can push it further.

“Could Kohl’s be a platform for brands to get exposure? We have that kind of reach. I think we’re uniquely positioned to do that. We have to have a growth mindset. We’re wired that way, for curiosity, excitement, celebration, people and bringing big ideas.”

Like Gass, C-suite executives are passionate, persevering businesspeople. New chief executives are expected to bring ideas and initiatives to propel a company toward success. For aspiring CEOs, an online executive MBA can be the finishing touch that helps them ascend to the top ranks of corporate leadership.

Some character traits translate nicely into effectiveness as a company executive. But newly appointed CEOs should not try too hard to become something that they are not. Instead, they need to strike a balance between molding themselves into an effective, efficient CEO and retaining the exceptional traits that led to their being nominated for the position in the first place.

New CEOs need to be consistent, be team players, expect the unexpected, be open about what’s on their mind, and keep themselves healthy, according to FierceCEO editor Karen Talley in “New CEOs Need Fortitude, Curiosity and Savvy to Succeed.”

In the article, Tracy Duberman, CEO of The Leadership Development Group, stresses the importance of identifying opportunities for building collaboration both within a company and between the company and other industries. According to Duberman, new CEOs should:

Understandably, considerable patience, humility, and tact are necessary for new executives to adjust to the fast-paced, high-stress environment that is the corporate C-suite. And as the title of Talley’s article suggests, curiosity is also an important trait for CEOs.

Wanting to explore possibilities, however, and desiring more feedback before making a choice won’t absolve a company executive from the responsibility of being the final word on decisions. Some decisions have to be made even when the optimal amount of input and data is not yet available, so decisiveness is another important trait.

Besides collaboration, recently appointed executives can expect to face new levels of responsibility, including deciding whether to retain or dismiss members of the previous CEO’s management team, according to Louise Lee in “Four Lessons for New CEOs” on Insights by Stanford Business, the Stanford Graduate School of Business blog.

“Recruiting people for the management team is one of the biggest tasks, especially during the first year,” writes Lee. “Speakers [at a recent Stanford conference] suggested digging through business and personal networks, and considering people from other industries because capable and talented hires can learn the intricacies of a new field quickly enough on the job.…The burden is on executives to present the company and its opportunities effectively to candidates.”

Lee also stressed the importance of maintaining a positive corporate culture, which encompasses the values, attitudes, and motivations of employees from the C-suite down to the assembly line worker or retail clerk.

Maintaining a positive culture is why executives tend to focus on things like their corporation’s history, growth, and even against-all-odds stories of the founder turning a startup onto the thriving corporation it is today. For example, imagine Ford Motor Company without the inspiring backstory of Henry Ford’s efforts more than a century ago.

In addition to maintaining a positive culture, transitioning into the position of CEO means learning to manage change quickly and effectively. It also means perceiving opportunity where others see pitfalls. Emily Bermes, CEO of the human capital consulting firm Emily Bermes + Associates, details these opportunities in her ChiefExecutive.net article, “Why New CEOs Need to Manage Change to Succeed.”

First, according to Bermes, adjusting one’s leadership style to the context of managing an entire corporation rather than a single department or sector is of paramount importance to a newly appointed CEO.

“Strong leaders know that their leadership style must be situational—–that they must lead in a way that meets the needs of the organization and its people in order to expedite business results,” she writes. “A CEO can inherit a range of organizational challenges. He might be tasked with a complete turn-round. Or she might inherit an organization that simply needs to be continuously improved or made more innovative. These two scenarios require very different leadership styles.”

CEOs must next assess their leadership team. Agreeing with Louise Lee’s article, Bermes highlights the importance of hiring, retaining, and firing standing team members. Simply ousting an entire team to bring in one’s own people can result in a loss of consistency upon which lower-ranking employees may depend.

To avoid that instability, valuable team members can be retained to assist in an executive’s transition. Ineffective workers can be let go and replaced with better candidates. Others can be promoted or moved into positions that require their particular business experience. Good leaders understand how to strike a balance when making changes to their predecessor’s leadership team.

Finally, Bermes reiterates that newly appointed C-suite executives fare better in their position if they adopt a fluid leadership style based on continuous assessment and are able to adapt to changing responsibilities. New CEOs who understand that they need to adjust their outlook and methods to meet the wider scope of their new position are more likely to succeed.

Washington State University’s Carson College of Business offers an online Executive MBA program that focuses on the leadership skills and knowledge base crucial to success as a corporate CEO.

The online Executive MBA curriculum includes managerial leadership and productivity, organizational design, and management of innovation. Students also concentrate on developing the networks and partnerships that can be beneficial to them when they step into the C-suite.

Winning Over the Boardroom: The Unique Relationship Between CEO and the Board

4 Benefits to Getting an Executive MBA Mid-Career

More Women Are Joining the C-suite. Here’s How They’re Doing It.

Why New CEOs Need to Manage Change to Succeed – ChiefExecutive.net