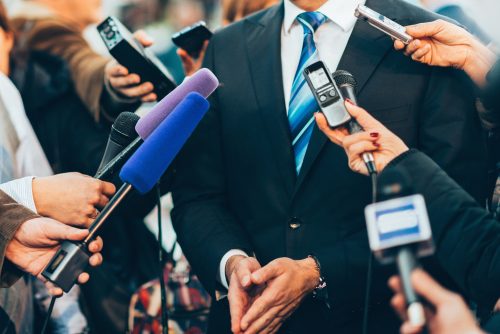 Crisis management, according to ReputationManagement.com, consists of a series of steps taken by an organization to deal with a catastrophic event. A catastrophic event is further defined as anything that could negatively influence a business’s reputation or bottom line.

Unavoidable large-scale emergencies—such as natural disasters, terrorist attacks, or global financial crises—are generally unlikely to damage a brand’s reputation. Of course, these situations must be handled promptly and correctly, but customers won’t automatically blame a business when these problems arise. Preventable crises that result from an oversight or a poor decision, on the other hand, can drag an organization’s name through the proverbial mud. Product recalls, stolen data, false accusations, the loss of key executives, and other glitches can turn into public relations disasters that, in the worst-case scenario, can destroy a business.

Statistically speaking, the likelihood of such an occurrence is relatively high. ReputationManagement.com notes that 59% of businesses have experienced a crisis. Despite this reality, surveys show that only 54% of businesses have a proactive crisis management plan in place. These numbers mean that when disaster inevitably strikes, 46% of organizations won’t be ready—and may suffer devastating consequences as a result. ReputationManagement.com further reports that companies are positioned to lose an estimated 22% of their business when potential customers find even a single bad review on the first page of internet search results.

Smart managers understand this reality. They expect that crises will arise and take steps to prepare. With a crisis management plan in place, they also know exactly what they need to do after a problem has occurred. It’s important to understand that this type of knowledge is not instinctual; it is learned.

One way to acquire this knowledge is through an advanced degree program, such as Washington State University’s Online Executive Master of Business Administration. An Executive MBA can provide the resources, background, and skills for effective crisis management, positioning those interested in becoming business executives to successfully navigate any eventuality.

What Is Crisis Management?

An airline, for instance, might have different crisis management strategies for handling a terrorist threat than for a weather-related incident such as a hurricane. Some crises are so large in scope that all companies must craft a response. For example, Investopedia points out that the COVID-19 pandemic forced countless businesses to shut their doors, and many of them never reopened. Meanwhile, other businesses were able to navigate the crisis by developing strategies that allowed them to continue safely conducting business. For a business, crisis management can prove to be the deciding factor in continuing to operate.

What to Include in a Crisis Management Plan

According to Smartsheet, 10 distinct elements should be included in a crisis management plan.
Risk analysis: A study of all potential crises a company may face. This includes both internal and external threats, such as acts of violence in the workplace, severe weather events, data breaches, and product failures that would warrant a recall.

A sound crisis response doesn’t just happen. It is the result of forethought, planning, and understanding the necessary actions to undertake during a crisis. According to the website Inc., there are seven critical steps to crisis management that every company should have in place, regardless of its size.

Following these steps is not guaranteed to solve every problem, but not following them can open the door to public relations issues. Between good planning and prompt, appropriate responses, businesses give themselves the best possible chance of managing crises—no matter how unexpected or severe.

The Effects of Poor Crisis Management Plans on Business

A look at the potential damage from poorly handled crises illustrates the importance of a proper crisis management plan. ReputationManagement.com explains that crises can affect businesses in three primary ways.

Most people think companies, particularly large corporations, should have the resources to successfully deal with a crisis and straighten things out with minimal damage to the brand. That’s not necessarily the case.

According to a Forbes article from global crisis, risk, and reputation strategist Davia Temin: “The core reason that so many big companies, who should know better, fail in crisis is because the best crisis management is counterintuitive, sometimes even illogical, and they absolutely do not understand that.”

Companies often end up listening to the wrong people, don’t consider the ramifications, ignore what she calls “the zeitgeist of the moment,” and as a result, dig themselves into some pretty deep holes.

There are countless cautionary tales of crisis management gone wrong. Perhaps the most frequently cited is British Petroleum’s handling of the Deepwater Horizon explosion in 2010, which caused the worst oil spill disaster in U.S. history, along with multiple deaths.

In the wake of the incident, former CEO Tony Hayward made a shockingly insensitive statement during a press conference. “There’s no one who wants this thing over more than I do. I’d like my life back,” he infamously stated. The public was outraged over Hayward’s self-centered perspective, which has gone down in history as one of the biggest public relations blunders on record.

In 2017, a United Airlines passenger was forcibly dragged off an overbooked airplane after refusing to give up his seat. Another passenger captured the incident on video and posted it to the internet, where it went viral.

Instead of apologizing during the ensuing firestorm, United CEO Oscar Munoz first complained about having to “reaccommodate customers,” and then doubled down, blaming the passenger for being “disruptive and belligerent.” He struck a softer tone later—but thanks to poor crisis management, the damage had already been done.

Another recent example of poor crisis management planning was illustrated by Mark Zuckerberg, CEO of Meta (formerly Facebook) in 2021, when employees and whistleblowers went public with evidence that the platform harms children. Zuckerberg did the one thing no one should do during a crisis—he ignored it.

Rather than taking responsibility or committing to looking into the matter, Zuckerberg shifted blame and accused the media of conducting a smear campaign. This brought additional negative media attention. Even after rebranding Facebook to Meta and attempting to direct focus to the company’s newest project, the Metaverse, the stain on the brand’s—and Zuckerberg’s—reputation remains.

One prime example occurred in 1982 when seven people died after taking cyanide-laced capsules of Extra Strength Tylenol. Experts predicted that Johnson & Johnson, the medicine’s manufacturer, would never recover from the incident. But the company’s response was pitch-perfect.

Then-CEO James Burke ordered the immediate recall and free replacement of 31 million bottles of Tylenol. He also began working with the U.S. Food and Drug Administration (FDA) to develop tamper-proof packaging for future sale. During the process, he communicated frequently with the public and was completely open and forthright about all developments. Thanks to Burke’s leadership, Johnson & Johnson not only weathered the storm—it earned the public’s trust and thrived.

Johnson & Johnson didn’t have to consider social media, which did not yet exist during the Tylenol crisis. For an example of successful social media crisis management, Southwest Airlines’ handling of a tragic 2018 incident is often cited.

When an airplane’s window broke during a flight, killing a passenger, other passengers shared the images and information on various platforms. Southwest immediately put a social media team in place to monitor and respond to these communications. The airline also quickly changed its online imagery, website, and marketing efforts.

The organization sent a loud, clear message that it was devastated by the disaster and concerned about its customers—and it was heard. Instead of being attacked for negligence or poor maintenance, the airline was praised and respected for its response.

Another recent example of successful crisis management comes from Procter & Gamble, producers of Tide laundry detergent. After complaints that their Tide POD products could be confused for candy, a viral “Tide POD Challenge” swept YouTube in 2017, with people posting videos of themselves ingesting the pods.

Tide promptly responded, developing an ad campaign with Super Bowl champion Rob Gronkowski. The spot directly addressed the problem and used Gronkowski’s celebrity to communicate the dangers of consuming the product. Tide also made its product warnings more pronounced and made the packaging more difficult for children to access. Rather than shy away from the issue or blame the consumer, Procter & Gamble faced the problem head-on.

Learn How to Address Critical Business Challenges With an Executive MBA

A crisis management plan can be critical to preserving a business’s image, brand, and continued success. The right education can help you learn how to develop crisis management strategies that are valued by the business world, as professionals with these problem-solving skills will continue to be in high demand.

Washington State University’s Carson College of Business delivers one of the top-ranked executive MBA programs in the nation. The WSU Online Executive MBA curriculum is designed to equip students with the tactics, knowledge, skills, strategies, and other MBA resources utilized by today’s high-profile business leaders.

What Is a Sales and Marketing Strategy?

How an MBA Curriculum Prepares Students for the Workplace

How to Plan a Corporate Event

Forbes, “Great Crisis Management Is Counterintuitive: That’s Why Boeing, Wells Fargo Are Getting It So Wrong”

The Hill, “Best and Worst Crisis Management in 2021”

The New York Times, “Tylenol Made a Hero of Johnson & Johnson: The Recall That Started Them All”