Business and Politics: How the Political Climate Will Impact Businesses in 2023 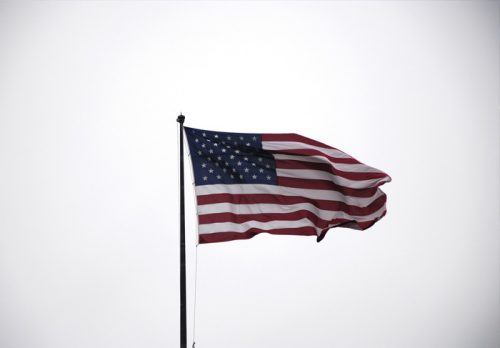 President Joe Biden has been in office for nearly two years, approaching the halfway point of his first term. Many Americans are already thinking about the next presidential cycle, along with other political developments, and how they will affect the nation’s economy.

While the Biden administration’s economic policies are also a significant variable when exploring the link between business and politics, a few other factors must be considered as well when looking ahead to 2023 and beyond. These include historic inflation, supply chain issues, and lingering problems caused by the COVID-19 pandemic.

For those pursuing an advanced business degree, it’s crucial to understand how political events impact America’s businesses and the economy as a whole.

Business and Politics: 2022 Inflation and Its Impact

Inflation is an increase in the costs of goods and services coupled with a decline in the value of the dollar, according to Forbes. Americans are currently feeling the effects of the highest inflation in 40 years, with prices on both essential and non-essential items rising across the board. The U.S. Bureau of Labor Statistics (BLS) reports the following 12-month (August 2021–August 2022) price percentage changes for the following items:

A few variables are at play, including rising consumer demand, energy shortages, and supply chain disruptions. However, economists can’t generally agree on the exact cause of this inflation.

Some economists blame supply chain disruptions that have made goods more expensive to procure. Others believe inflation stems from government spending via stimulus payments and other forms of government assistance. Combined, the CARES Act of 2020 and the American Rescue Plan of 2021 accounted for over $2 trillion in government assistance; both were followed by inflation increases.

However, the Federal Reserve Bank of San Francisco contradicts overestimates of the impact of government spending. Their analysis shows government spending accounts for just 3% of the current inflation problem, and cites variables related to supply chain disruptions, disparities between consumer demand and the availability of goods, and other global issues brought about by the pandemic as the main drivers of inflation.

Not all government spending leads to inflation, especially when spending helps create jobs, according to Forbes and many economists. The relationship between business and politics sometimes can yield win-win scenarios.

The current political climate remains volatile for several reasons—chief among them is former President Donald Trump’s and his supporters’ insistence that the 2020 election was stolen, despite several investigations into election interference proving otherwise.

Attempts to undermine and overturn the results of the 2020 election—which led to the storming of the Capitol on January 6, 2021—have eroded confidence in the democratic process. According to a recent ABC News/Ipsos poll, only 20% of Americans say they are very confident in the electoral system. In addition to the political consequences, issues around election integrity and extremism risk weakening the long-term health of the economy.

America’s business community benefits from a strong, stable government and a functioning democracy, Harvard Business Review asserts. Any erosion of these societal pillars represents a threat to free-market capitalism.

The ripple effects of political uncertainty can influence various aspects of the economy, most notably the stock market.

Midterm Elections and the Stock Market

Oppenheimer, a global full-service brokerage and investment bank, notes that market fluctuations are likely to occur before and after the 2022 midterm elections. They report that stock markets have historically undergone wild swings during midterm election years, which ultimately affects businesses.

Although the market is expected to endure a period of instability, Oppenheimer suggests that investors ride out the proverbial storm and avoid making any rash decisions. Investors should consider their long-term plans rather than focusing on short-term losses.

Another one of the ways politics can affect business is through policy changes to labor laws that impact taxes, insurance requirements, and wages. President Biden has advocated for increasing the minimum wage to $15 per hour for federal employees and individuals working under federal contracts.

The president has also been a vocal proponent of the small business community and the need to increase the diversity of small business owners. President Biden recently introduced a four-pillar economic strategy to strengthen small businesses, which includes expanding access to investment capital and leveraging federal spending in a way that supports small businesses.

The Biden administration believes these pillars will lay the foundation to tackle long-standing economic challenges and finally deliver solutions that work for the average American family as well as small business owners.

The Inflation Reduction Act is yet another effort by the Biden administration to make things more advantageous for the average American worker and small business owner. Passed in August 2022, it consists of the following tenets.

The CHIPS and Science Act

A major factor negatively affecting businesses is the ongoing shortage of semiconductor chips, which are crucial components in consumer electronics, and particularly important to the automobile industry. The shortage of chips is the main reason that price inflation is so high on new and used automobiles.

To counteract this, Congress passed the CHIPS and Science Act of 2022. The primary goals of the act include the following:

Although the recovery in the chip industry won’t be instantaneous, lawmakers designed the CHIPS and Science Act to be a step in the right direction. It’s intended to ensure that current problems arising from supply chain issues and manufacturing shortages can be avoided in the future. This is a notable example of how business and politics are intertwined.

Moving Forward to 2023 and Beyond

As a future business leader, it’s important to recognize the correlation between business and politics and how each affects the other. If you’re interested in the future of business and the factors that affect it, an Online Master of Business Administration from Washington State University offers broad instruction in areas such as business law, data analysis, and strategy formulation. An education is more than just learning business tips—it’s a pathway to becoming an authority in the field.

Jump-start your career in business with an Online MBA from Washington State University.

How MBA Programs Demonstrate the Importance of Diversity

How an MBA Curriculum Prepares Students for the Workplace

Online MBA vs. In-Person: Which Is Right for You?

Federal Reserve Bank of San Francisco, “Why Is U.S. Inflation Higher Than in Other Countries?”

Forbes, “Does Government Spending Cause Inflation?”

Forbes, “When Will Inflation Go Down?”

J.P. Morgan, “Supply Chain Issues and Autos: When Will the Chip Shortage End?”

The Washington Post, “Biden Hopes the Fed Can Tame Inflation Without Triggering a Recession. That Won’t Be Easy.”

The White House, “FACT SHEET: The Small Business Boom Under the Biden-⁠Harris Administration”

The White House, “Statement by President Joe Biden on $15 Minimum Wage for Federal Workers and Contractors Going into Effect”