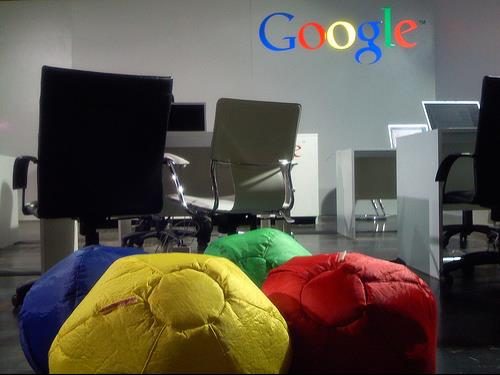 Make the most of your MBA degree with these top five companies.

Building on its nine-year history of being the most sought-after employer for MBA graduate students, Internet search giant Google is a tough proposition to ignore. CNN Money’s Beth Braverman reports close to 30 percent of MBA-degree graduates seek positions with the company. According to Inc., employees at Google name family benefits, opportunities for career growth, and the ability to do work that positively impacts others as some of the top reasons they enjoy working for the company.

Those positions remain competitive ones. Despite the company’s increase in the number of academic institutions it focuses on for recruits, Kyle Ewing, Google’s Director of Global Staffing, emphasizes that its pool of talent comes with well-developed leadership experience and willingness to embrace “ambiguity.”

Sarah Butcher, writing for eFinancialCareers, shares the story of Kristen Adler, a McKinsey engagement manager, who joined the firm after a career in the banking industry and the completion of her MBA degree. Adler notes that the consulting appeal of her role with McKinsey highlights the “variety of industries, roles, and functions” one can encounter through work with McKinsey.

What Google is to the Internet, Apple is to the tech industry. GradUp.co, a blog dedicated to MBA career search insights, observes that the company’s value is close to a half-trillion dollars.

GradUp.co notes that Apple CEO Tim Cook, who is an MBA-degree holder, has been actively recruiting employees with MBA degrees, according to a blog post referencing Apple’s hiring process for MBAs in 2015. Employees with MBA-degree experiences can expect to work on strategy, finance, and real estate matters for the company, GradUp.co states.

Naturally, Apple expects its MBA recruits to clearly articulate how their role with the company would support the company’s mission to “take joy in helping others discover tools they can use to change the way they live, work, and play,” according to author Carmine Gallo in the book “The Apple Experience: Secrets to Building Insanely Great Customer Loyalty.”

Who can ignore Amazon’s place in the pantheon of e-commerce merchandising? And likewise, who can ignore an opportunity to start a post-MBA-degree career here?

Writing for Quartz, Oliver Staley observes that Amazon is the largest employer in the tech industry for business school graduates, hiring double the amount of top MBA-degree professionals as Microsoft in 2015 alone. As of March 2016, the company has 230,800 full- and part-time employees, while its website lists close to 17,000 open corporate-level positions.

Deloitte Consulting continues to rank among some of the highest paying consulting firms for MBAs in 2016, according to Emmie Martin of Business Insider. Total compensation can be up to $228,750, with performance bonuses up to $36,750, according to Martin’s report.

The firm is also committed to giving back through an annual, company-hosted “Impact Day,” where all employees participate in community service projects chosen by their own teams, according to Beth Braverman of CNN Money. In addition to its benefits package, in 2015, Deloitte introduced a student-loan refinancing program for MBAs that enables them to combine federal and private loans.

From finance to tech, merchandising to global marketing, the five employers listed above make attractive places of employment for MBA-degree professionals in 2016.