Artificial intelligence’s impact on the world is momentous, yet it can feel almost invisible at the same time. Consider modern conveniences like Netflix recommendations, Facebook’s suggested articles, and even Google’s search page. These are all the result of AI, and they’ve become so ingrained in peoples’ daily lives that they are almost unnoticed.

AI has had a similar effect on modern business, though its overall impact will likely be much more significant than finding a new series to stream. In many ways, this technology has already revolutionized the way people work, and its future appears just as promising. Below are 4 ways AI has and will continue to shape the new business landscape:

According to the Harvard Business Review, managers of all levels report using over half their time at work on administrative assignments. They spend most of these hours drafting reports and presentations, handling last-minute scheduling or production conflicts, comparing data, and completing similar tasks. This leaves managers with less time for the high-level decision making and problem solving suited to their roles.

AI, especially in its current form, is particularly adept at solving this problem. The technology is advanced, but it’s not developed enough to mimic human emotions like empathy, critical thinking, and interdisciplinary rationalization. This shortcoming is not a hindrance; rather, it makes AI best suited to take over basic, time-consuming tasks, freeing managers to work on complicated issues more worthy of their attention.

In many ways, AI has already made managers’ lives much easier. Businesses in several sectors have implemented some form of intelligence in their processes. For instance, AI helps manufacturing companies reduce production errors. A computer can spot defects on a specific product and remove that item from the line, saving a manager the time of having to make that decision. What’s more, by automatically removing this item, the company avoids selling a faulty product that could lead to costly setbacks. For example, this AI functionality can help car manufacturers avoid installing defective parts that it must recall later. 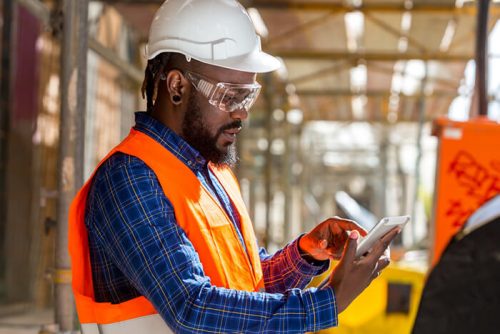 AI helps managers in many industries.

AI frees more than managers from the burden of time-consuming tasks; it also helps human resources departments do the same. Several companies use AI technology in their recruiting efforts by having intelligent software filter job applications to find candidates worthy of an interview. Depending on the number of applications in question, AI can shave hours or even days off a company’s time to hire.

What’s more, many business leaders believe that using a machine to sort through applications and resumes will partially or fully eliminate hiring discrimination resulting from implicit biases. AI is perceived to be less prejudiced than the average person, who may unintentionally allow assumptions about race, gender, age, income, or another characteristic to influence hiring decisions. Assuming the technology is created without such biases, AI can remove discrimination and ensure qualified candidates receive the opportunity their skills should award them.

In fact, one company believes this idea so strongly that it turned the concept into a business. Pymetrics, started in 2014, creates career aptitude tests to match job seekers and employers. The company uses AI to score its evaluations, so anything that could indicate race, age, gender, or income—such as name, job history, or alma mater—is not factored into the result.

Though it sometimes advertises itself as a tool by which hiring managers can avoid bias, Pymetrics’ ultimate goal is to free recruiters from resume-scanning so they can work on the more difficult task of finding and communicating with qualified candidates. Their idea has been well received so far; according to one news report, the company recently raised a total of $17 million in funding and works with 50 enterprise-level clients, including Accenture and Unilever.

Still, Pymetrics isn’t the only such startup using AI to improve a company’s hiring efforts. Another business, Interviewed, improves the vetting process by showing candidates a simulation of their first day on the job. The computer analyzes the action of each applicant, using clues like word choice and timing to determine each individual’s personality. This insight helps businesses identify applicants that best fit their company culture. It also speeds up the hiring process, narrowing down thousands of candidates in just a few days, according to companies that have used the software.

Additionally, one of the great features of AI is that its benefits apply to a wide variety of businesses. Startups and industry leaders alike use these technological tools, showing that AI is a valuable hiring solution for practically every type of organization.

It’s safe to say that AI is restructuring many basic job duties, as shown with management and hiring. This transformation has led many employees to speculate on their future careers in a world where AI’s capabilities are only increasing.

That concern is so far unfounded, as AI hasn’t eliminated countless positions as many people originally thought. In fact, according to the 2017 Deloitte Global Human Capital Trends survey, which collected responses and reviewed results from over 10,000 HR and business leaders worldwide, only 20 percent of businesses believe AI will reduce the number of jobs altogether. Meanwhile, 77 percent of companies said they’d retrain employees or redesign jobs to better utilize skills and traits unique to humans that AI can’t replicate.

Despite advances in modern technology, people remain best suited to understand the consequences of nuanced actions, especially where customers are concerned. What may seem like the most logical answer to a computer can frustrate a large portion of a business’s customer base, leading to higher rates of dissatisfaction and attrition. Consider how often automated customer service tools aggravate consumers rather than solve problems, and how much people would rather talk to a human being. AI can’t use clues like pronunciation and tone of voice to make a judgment call and remedy the situation, whereas a person can.

This gap between human and AI strengths is forcing businesses to critically evaluate what jobs can be automated and what human talents can be added to positions that might otherwise be eliminated. For example, as Gallup noted in a recent analysis of disruptive workplace trends, a bank teller’s job could easily be automated. However, instead of replacing humans with AI, many banks trained their tellers to also advise clients and secure sales in addition to completing basic financial transactions.

That said, there is a spot for AI in the world of customer service: preemptive problem solving. By analyzing consumer behavior patterns and monitoring user or customer activity for signs of stress, AI can predict frustrating situations and resolve these issues—or alert a human who can then fix them—before they arise.

It’s worth noting that AI’s impact—forcing businesses to revise certain positions and helping them find qualified employees— positions this technology as a way for organizations to better address the soft-skills gap. AI is causing business leaders to prioritize communication, emotional intelligence, and related attributes more than ever, and it’s similarly identifying these characteristics in job seekers. 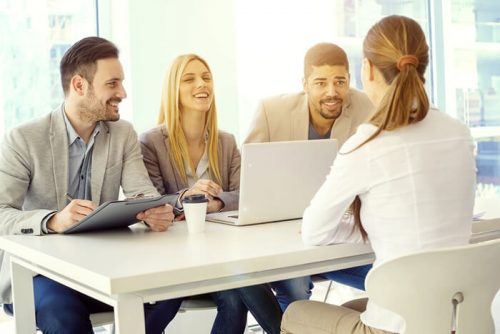 As AI’s capabilities progress, most business leaders will revise jobs rather than eliminate them.

4. AI Is Forcing Managers to Focus on Staff Engagement

According to Gallup’s report, millennials are most at risk of having their jobs replaced by automation. Those with a medium or high threat of job loss are also more nervous about this possibility than baby boomers and Generation X: 34 percent of millennials worry about being laid off or outsourced, compared to 27 percent of the other 2 groups when combined into a single category.

These anxieties do nothing to stimulate performance and can even have a negative effect on employee engagement. Staff members who are worried about the inevitability of AI and the future of their jobs will likely grow less concerned about their individual assignments. Their performance will suffer as a result, yet they won’t have the motivation to improve.

To combat this disengagement, managers need to ease these feelings in order to keep their teams working efficiently, especially if the company plans to introduce AI in the near future. In this case, a proactive approach is the best solution. Gallup found that businesses that communicated about upcoming AI initiatives performed better than those that didn’t. By addressing their employees’ questions and concerns, these organizations showed that they still respected their staff, which was enough to incentivize employees to stay engaged.

Preparing for the Future of Business and AI

As AI and similar technologies increase their impact, the leaders of today and tomorrow need more than the standard business acumen to manage these changes. They require strong critical-thinking and problem-solving skills as well, which they can obtain or strengthen in a higher education setting. By studying at the Washington State University Carson College of Business, students can receive the opportunity to sharpen the skills necessary for leadership in a world of AI.

The Carson College’s online Master of Business Administration curriculum includes courses on accounting, data analysis, administration, and financial and administration systems management, among other subjects. It’s likely AI will influence some or all of these areas in the coming years. As such, current and prospective students may benefit from analyzing AI’s possibilities during their education. Doing so can help them achieve a more well-rounded experience that will likely help them upon graduation.