3 business missteps every MBA student can learn from 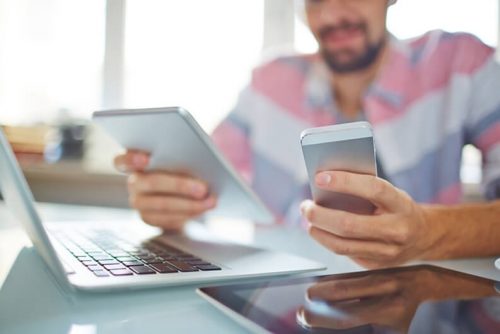 Many influential companies have made business errors that proved costly for both their profit margins and reputations. Achieving gains in business can be risky, and these examples demonstrate that leaders must listen to their customers and pay attention to industry trends. Here are three examples of business missteps that hold valuable lessons for MBA students as they continue to pursue career success.

1. The fall and resurgence of Apple

Apple is known for innovative technology, exceptional design and visionary leadership. The corporation’s history demonstrates the rewards possible from betting on inventive ideas and perfectly targeting both function and design to appeal to a large swath of loyal consumers. On the other hand, the company’s low points show the serious consequences when an organization appears directionless.

Under the guidance of Steve Jobs, the company found early success with the Apple II and Macintosh, but fortunes declined after he departed in 1985. The company’s greatest technological and financial achievements didn’t come until Jobs returned in 1997, leading to the development of the iMac and a series of world-shaking innovations in mobile devices. Debuting in November 2001, the iPod took over the market for portable music players with its easy-to-use interface and unprecedented level of integration. From there, Apple rose to new heights with the iPhone in 2007, revolutionizing the design of smartphones. Next came the pioneering tablet computer, the iPad, in 2010.

Since the resignation of Jobs in 2011, followed shortly by his death, Apple has been led by Tim Cook. The company continued to release new versions of its signature devices, but key indicators began to suggest a dimming enthusiasm among consumers. In the second quarter of 2016, Apple reported earnings of $50.6 billion, down from $58 billion the previous year and below projections. With the company’s growth apparently stagnating, the price of shares took a huge drop, falling over 8 percent in a single day and reaching $90 a share. Billionaire Carl Icahn fueled concern that Apple had peaked when he announced he had sold his stake due to worries over declining revenues in China.

There are crucial lessons in Apple’s periods of turmoil. Building a focused line of quality products inspires loyalty from customers and respect from peers, but less exciting advances from one version of a product to the next compel fewer users to upgrade. At the same time, competitors produce increasingly appealing alternatives at a similar or lower cost. The reasons why post-Jobs Apple chose to continue releasing yearly product updates rather than wholly new technology aren’t publicly confirmed, but changes under Cook – such as the launch of the successful iPad Mini, a tablet smaller than any Jobs was comfortable producing, according to CNN – may have inspired more confidence to forge a new path and move beyond Jobs’ beliefs.

Ultimately, a strong company can weather setbacks like a disappointing earnings report and plummeting shares. For Apple, bouncing back required creating fresh excitement around what was coming next. The company spurred anticipation from customers and new interest from investors by hinting at significant design advances for the iPhone 8. The ambitious rollout plans suggested the company was once again seizing the reins of the smartphone industry and taking its biggest leap in years for both design and functionality.

The market responded to these signs of confidence and renewed devotion to innovative trend-setting. After the enormous drop-off in the stock price, the value made a huge recovery. By early March 2017, shares had risen above $140 once again, and Fortune announced Apple had been voted the most admired company in the world by business executives, analysts and experts for 10 years in a row. For Apple, the key lessons learned were to rely on technological advancement, trend-setting, and savvy marketing to maintain its market share. 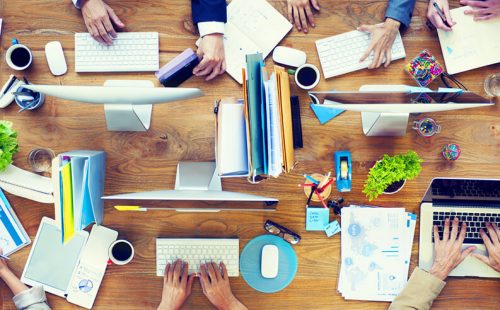 Achieving the type of brand that people instantly recognize is a goal for numerous companies. However, as Uber demonstrated in early 2016, the desire to refine and develop that branding can lead to questionable decision-making.

In 2015, Uber was offering quick, affordable transportation services—and in some cases food delivery—in about 400 cities around the world. Users became accustomed to contacting a nearby driver, almost immediately, by tapping the black and white “U” icon to open the app. As the company grew, founder and CEO Travis Kalanick was dissatisfied with branding that still recalled Uber’s early days of providing luxury rides in San Francisco.

Kalanick spearheaded a long process of developing new logos and color schemes meant to reflect the changes that had taken place within the company. As part of this rebrand, the well-known app icon was replaced with an abstract new look. A press release explained that the new design—a square inside a circle—was meant to be an immediately recognizable illustration of how Uber operates within cities, and would provide clear visual elements that would carry over to multiple apps from the company.

Critics, however, were quick to point out that this new logo was actually far less distinctive than what the company already had. The image’s ties to Uber’s mission were not immediately obvious to users, many of whom expressed dismay on social media. The head of design, Andrew Crow, stepped down within days of the reveal, and drivers complained that the rebranding effort revealed a failure to prioritize genuine improvements to the app.

Uber’s rough rollout of its new branding demonstrates how, in concentrating on the next step forward, a company can lose sight of a major asset it already has in its portfolio. New branding initiatives have the best chance of success when they are unambiguously connected to the organization’s overall mission while maintaining and supporting its recognizable identity.

3. The decline of BlackBerry

BlackBerry announced in September 2016 that the company would no longer produce its own smartphones, and would shift focus instead to software and services. By that time, its phones had already dropped below a 1 percent market share, a long fall for a one-time tech leader. This cautionary tale reveals how easily complacency can misalign a business.

Under its original name, Research in Motion Limited (RIM), the Canadian company was a pioneer and dominant market force in mobile devices. In 1988, RIM became North America’s first developer of wireless technology.

In 2000, RIM released the first BlackBerry smartphone for the enterprise market. Over time, new phones were directed toward consumers, adding appealing features like cameras. In 2008, RIM was valued at more than $20 billion and was the major competition for Apple’s new iPhone.

At first RIM was able to continue beating Apple’s US sales, thanks to greater support from phone carriers and an established base among business users. However, RIM was playing catch-up in terms of technology, releasing phones with touchscreens—instead of its signature keypad—that ran slowly and were not as well-received by consumers as the iPhone. With the rise of phones using Google’s Android operating system bringing even more competition, BlackBerry continued to lose ground.

RIM attempted to compete for both phone and tablet sales, but struggled to gain ground in a market dominated by Apple. They continued to release new models and changed their name to BlackBerry with the 2013 launch of the BlackBerry 10 platform, a move meant to emphasize the importance of the devices to the company’s identity.

These steps did not reverse BlackBerry’s course. The company could not manage to regain its place as a developer of unique, advanced devices that were indispensable to enterprise users. Ceding ground in a fast-paced, competitive market can be disastrous, and BlackBerry demonstrates just how quickly an organization who fails to innovate can lose its way.

Learn to keep a business in step

By enrolling in an MBA program, you’ll have opportunities to study both the achievements and failures of major corporations. As mentioned above, understanding the power of technological advances, world-class branding and exciting innovation can lead to the bold ideas that give companies momentum.